ALTBalajiOriginal Kehne Ko Humsafar Hain has become biggest success story for the thriving OTT platform ALTBalaji. Starring TV power houses Ronit Bose Roy, Mona Singh and Gurdeep Kohli in the intense mature love tale, the show has attracted massive viewership and fan following. Two weeks into the release, the week on week viewership growth has been a gigantic 300% on the app; adding the show to the league of platform’s masterpieces like Bose: Dead/Alive, The Test Case and Dev DD.

ALTBalaji experimented with releasing three episodes in a week that is one new episode every Monday, Tuesday and Wednesday to keep the buzz going. This kept the momentum and curiosity going higher among the viewers. The show has garnered immense social media chatter and triggered conversations with fans emotionally investing in their favorite character’s future, making the online response quite extraordinary for any ALTBalaji show. 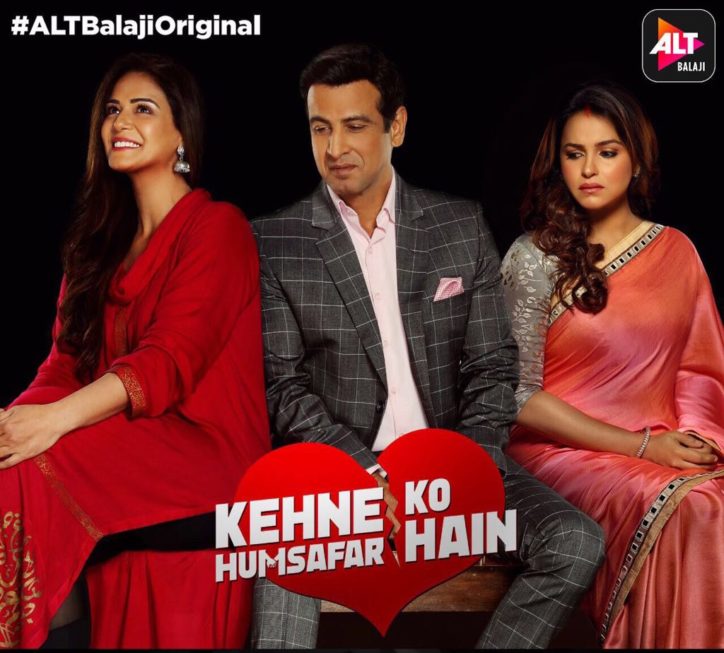 Talking about the show Manav Sethi, CMO of ALTBalaji said, “We are overwhelmed with the success of Kehne Ko Humsafar Hain. This is a reminder of the fact that good stories always win and that is the soul of entertainment. We wanted to experiment viewership pattern against releasing all episodes in one go – antithesis to binge viewing. To our delight this strategy worked in our favour and is in sync with the emerging consumption pattern on digital platform. We have proved that good content along with smart marketing strategies could result in awe-inspiring success like this.”

The 15 episodes long show, will release its finale episode on the 11th of April. Stay tuned to discover the fate of your favorite characters.

I will enter Bollywood soon: Vijay Devarakonda at IFFI

Watch: Varun Sharma Freefalling Into A River Is Bound To Give You Goosebumps!

Gurdas Maan has given a part of his life to art: Singer King Kaazi