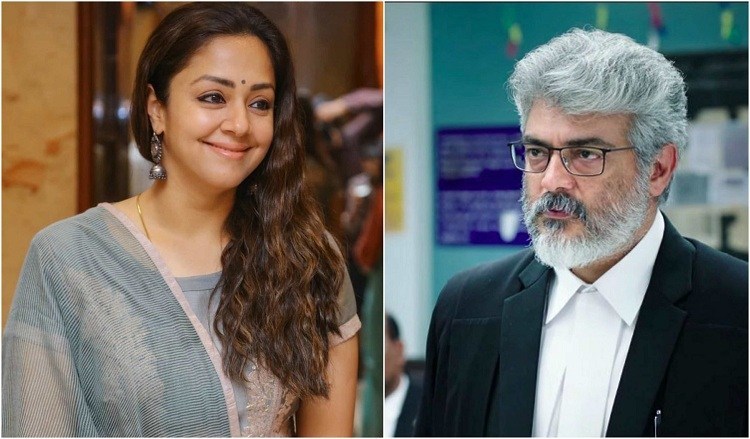 The trailer of producer Boney Kapoor’s maiden Tamil venture Nerkonda Paarvai featuring superstar Ajith was unveiled sometime back. While the film talks about women’s consent and people were anticipating how audiences in south will respond, people have actually liked the trailer and have responded positively.

Applauding the actor for taking up the social issue of the society and spreading the message through his film, in a recent interview, Jyothika said, “Cinema has a big impact on society. Ajith sir is doing Nerkonda Paarvai and I really think he should be thanked. For an actor in such stature, people around him are only concerned about the market and his position. Compared to his other films like Viswasam, this is relatively a smaller-budget film. Ajith has consciously decided to do this film, which needs to be appreciated.”

Nerkonda Paarvai is a remake of Hindi hit film Pink and Ajith reprises Bachchan’s character. With the trailer, a haunting song and an important message, the film seems to have hit the right chord.

Slated to release in August, Nerkonda Paarvai is directed by H. Vinoth and besides Ajith, the film stars Shraddha Srinath Abhirami Iyer and Andrea in the pivotal roles.

Urvashi Rautela and Virat Kohli drink this expensive black water, check it out