Skip to content
You are here
Home > Featured > We should not take relationships like mother for granted, says Ammaa Ki Boli actor Sanjay Mishra

Sanjay Mishra, who is gearing up for his next release Ammaa Ki Boli is currently promoting the film in full swing. During an interview, he talks about his relationships with his real mother, family values, his role and much more.

Talking about the film, he said “We take relationships like mother, wife for granted which make things complicated. Our film is a story of a mother and her 5 sons that will surely connect to the audiences. It’s a complete family entertainer.”

Sharing his bond with his real mother, Sanjay Mishra said, “She is my darling, we bond over food the most. We keep meeting often and at times I call her on my sets too. She recently visited me while I was shooting a film called Gwalior.”

Sanjay Mishra is known for doing the small budget and content-oriented films, on this, he said, “Most of the characters that I play are real-life characters. These days it is feasible to shoot in small cities with good production. I was shooting Badhnagar, a very small town and I saw around 25000 parrots up in the sky. When I was shooting Ammaa Ki Boli in Harda, I used to pack food from the station. Such things are fun to experience.”

Sanjay Mishra is one of the busiest actors in the industry. When asked about managing his professional and personal life, he said, “At times, I call my family on the sets and if I am in Mumbai, I meet them. I have two small kids and they are always on their phones.” (Laughs) 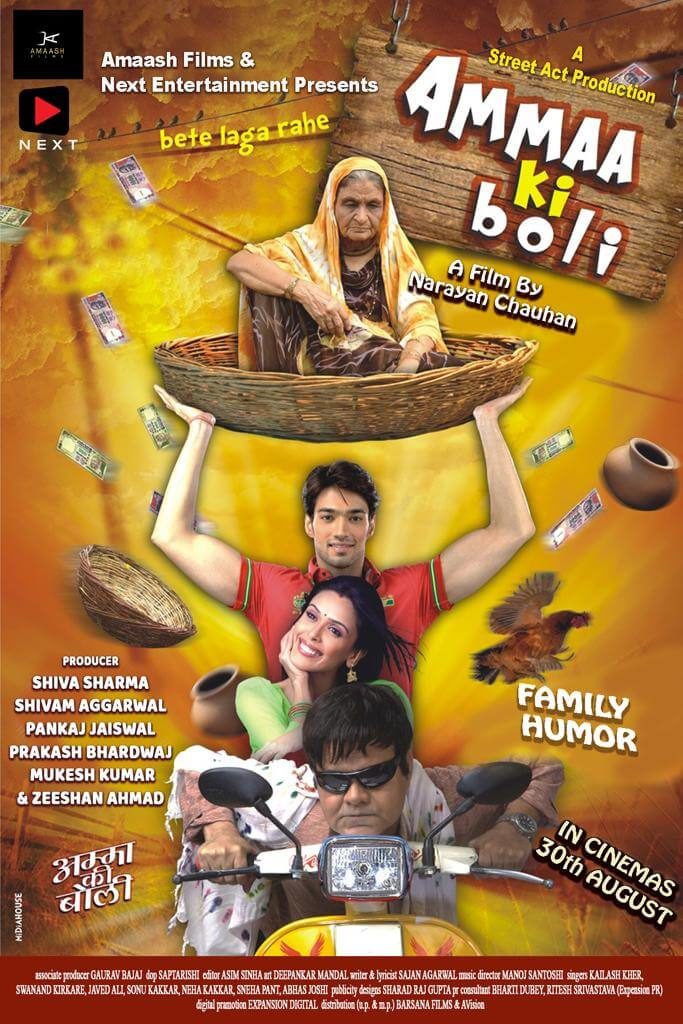 Ammaa Ki Boli has a runtime of 120 minutes and is helmed by Narayan Chauhan and produced by Zeeshan Ahmed, Shiva Sharma, Pankaj Jaiswal, Prakash Bhardwaj, Mukesh Kumar, and Shivam Aggarwal. It is slated to release on August 30th, 2019 by Amaash Films, who earlier released Rajkummar Rao and Nargis Fakhri starrer 5 Weddings and Next Entertainment.

Kangana Ranaut breaks her own Box office record with the second day collections of Manikarnika!