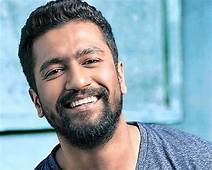 2019 started on literally a very ‘high’ note for Vicky Kaushal with the release of RSVP movies’ Uri. Recently, a video of Vicky Kaushal a surfaced on the internet, where he is supposedly in a show and the audience in cheering while he says his iconic, ‘How’s the Josh’ dialogue. However, soon after, the act seems to fall flat and there is complete silence from the audience.
While the audience was cheering and rooting while they thought it was Vicky Kaushal they were cheering for, the ‘Josh’ literally drops when they realise its Sunny Kaushal. However, Kaushal Jr. goes on to talk about how he is another ‘Sunny’ amongst the other action packed Sunnys Bollywood has to offer! In the witty, hilarious but straight from the heart video, he talks about the fact that even though he may be a product of nepotism, he truly believed that it is talent and love of the audience which is what ultimately makes an actor click.

Incidentally, exactly a year after URI, RSVP is all set to bring in 2020 with a high energy, vibrant ‘ Bhangrastic’ note with Bhangra Paa Le, Sunny Kaushal, and Rukshar Dhillon in lead roles. The film promises a unique presentation of Bhangra, and iconic dance form, and after ABCD, is being called another interesting dance franchise by Ronnie Screwvala.
The film has been Directed by Sneha Taurani, who is the daughter of music baron Ramesh Taurani and produced under the banner of RSVP films. Bhangra Paa Le is all set to hit the screens on January 3 2020.

Bappi Lahiri sings while Sachin Pilgaonkar cuts his 60th Birthday cake in the presence of Sachin Tendulkar, Raj Thackeray, Asutosh Gowariker and many others

Sohum Shah takes social media tips from his ‘Fallen’ co-star Gulshan Devaiah and it’s a conversation that cannot be missed!