Skip to content
You are here
Home > Featured > Trailer out “Karoline Kamashi”: Giorgia Andriani will be seen doing action in her upcoming web series 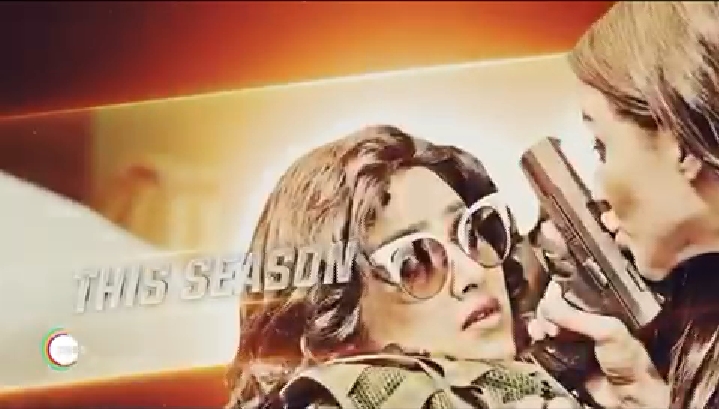 Italian model Giorgia Andriani recently announced her Bollywood Debut movie “Welcome to Bajrangpur” before that, she already made her Tamil debut in a web series Karoline Kamakshi. ‘Karoline Kamakshi’ is an action-comedy series, where Giorgia is seen playing the character ‘Karoline’ who is an Interpol Agent and opposite her, south superstar Meena portrayed a character ‘Kamakshi’ a CBI officer. Both the characters have opposing personalities but, have come together to hunt down a dangerous mafia don.

The trailer of ‘Karoline Kamakshi’ is out and the comic timing between the actresses in the trailer is outstanding with dhamakedar action scenes too. The series was shot in Chennai and Puducherry. Karoline Kamakshi‘s first season of 10 episodes will soon be Streaming on Zee5. This action-packed comedy-drama is directed by Vivek Kumar Kannan.

The web series will be premiered on Zee 5 this year 5th of December, for which both the actress are extremely excited. Apart from this, Giorgia will start her shooting for ‘Welcome to Bajrangpur’ will go on the floor very soon, starring Shreyas Talpade, Sanjay Mishra, Tigmanshu Dhulia and Mohammed Ali.

Richa Chadha joins the likes of Barack Obama and Will Smith in The House of Commons Book of Tribute to the late Nelson Mandela!