Skip to content
You are here
Home > Featured > This Neon-Athleisure Airport Look Of Sonakshi Sinha Is All The Fashion Inspiration We Need Today!

Baby Bedi, a.k.a. Sonakshi Sinha is busy promoting her upcoming film Khandaani Shafakhaana, which is set to release on 2nd August. She was recently spotted at the Mumbai airport while heading off to Delhi for the film’s promotion. For her airport look, Sonakshi opted for an athleisure look and added a dash of neon charm to it.

Baring the midriff, she wore a cool slogan crop top with monochrome flare pants. She completed this look by pairing it with a hologram over-the-body fanny bag, white sneakers, and vintage sunnies. She kept her make-up subtle with open locks, mauve lips, and kohled eyes.

Have a look at her pictures here: 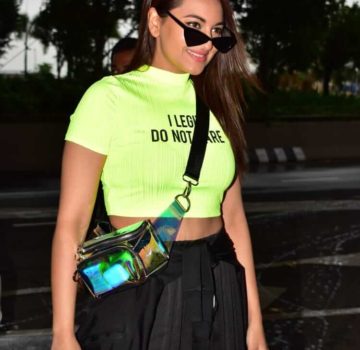 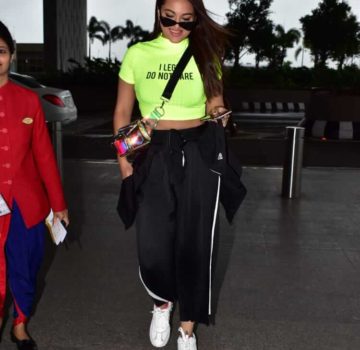 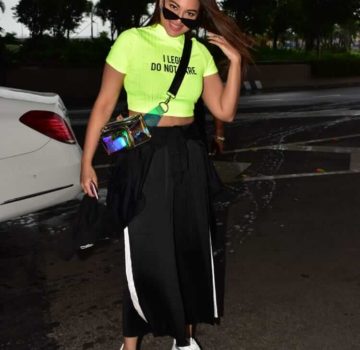 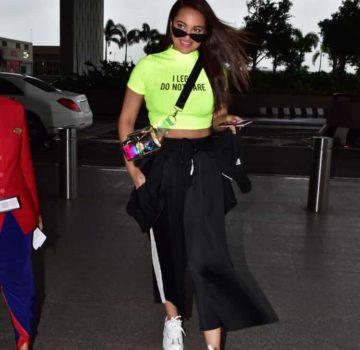 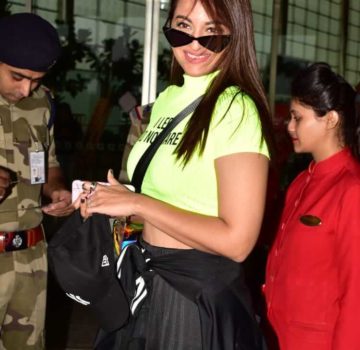 Sonakshi Sinha is also starring in Mission Mangal which is releasing on 15th August. She’s currently shooting for Dabangg 3 and Bhuj: The Pride Of India which will release later this year and beginning next year respectively.