Skip to content
You are here
Home > Featured > Sunny Leone’s reason for crying on QuPlay’s Pinch by Arbaaz Khan will break your heart! 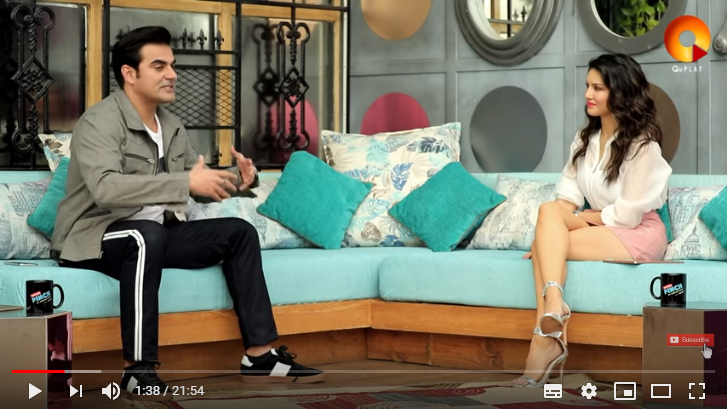 Arbaaz Khan’s chat show Pinch that revolves around a unique concept wherein Bollywood celebrities open up about their social media interactions, has been making headlines.

The makers have released another interesting episode featuring Sunny Leone. The actress graced Arbaaz Khan’s chat show, Pinch, wherein the actress opened up about how she deals with negativity on social media, trolling and much more. 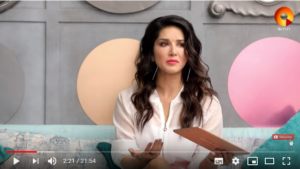 During the interaction, Arbaaz spoke to Sunny about Prabhakar Yedle and how she received negative comments for launching an initiative on a crowdfunding platform, urging fans to donate funds for Yedle’s kidney transplant treatment that was costing around Rs 20 lakh.

Arbaaz read out some nasty comments that she received on her post. Reacting to the same Sunny said, “Prabhakar was sick long before I posted that. And Daniel and I took care of all his financial needs. All from the hospital bills, all of the blood transfusions that he would have to do because he had kidney failure. His kidneys were not working, maybe it was less than ten percent.

When you find out that your friend or someone that you’re working with so long is going to die if we don’t help him then you go into a panic and I know he has been working in this industry for a very very long time and a lot of people love him. And it is not just medical bills, it’s his home, his family, his lawyer bills because he had to apply for transplants, he had a son, what I wrote out there was a small amount what actually needed to be done.

Further while sharing about Prabhakar, Sunny broke down, “There was so much that we wanted to do for him, there were so many things and we failed and he died.”

“He has a lot of people around him, he was a very quiet, he never talked a lot, he wasn’t that open person that would say ‘Hi, I am sick please pray for me or I need help’ or any of that, he never asked for anything.

Sunny couldn’t stop back her tears and added, “I don’t care what people think. I don’t care if they think I might have a hundred million dollars, my thing for him was… let me tell everybody who loves you so much and who would want to take care of you, that you are sick and we didn’t we failed, he didn’t make it. It’s been really hard, we miss him.”

Produced by QuPlay, Quick Heal Pinch by Arbaaz Khan has 10 episodes of approximately 20 minutes each and will be streamed weekly on QuPlay’s YouTube channel. The show is written and directed by Abbiy Obheroii. Other celebrities on the chat show include Karan Johar, Sonam Kapoor, Sonakshi Sinha, Nawazuddin Siddiqui, Kareena Kapoor Khan, Varun Dhawan, Kapil Sharma to name a few.

The first female super star of Bollywood Sridevi is no more .