Skip to content
You are here
Home > Featured > Sung by Reewa Rathod, set to lyrics by Gulzar, yours is to watch out for ‘Saaya Tere Ishq Ka’ releasing on Times Music.

Known for critically acclaimed hits like ‘Maula’ (One Above), featuring Gulzar in 2018 and ‘Saanwal’ with music produced by Ustad Zakir Hussain and Michael Mennart in 2019, musician-singer-pianist Reewa Rathod is back with her debut solo album titled ‘Saaya Tere Ishq Ka’. The icing on the cake is that the lyrics of the same album are written by Gulzar himself! Speaking about the same Reewa said, “Gulzar Sahab has taught me to follow my heart, to believe in myself, and with ‘Saaya Tere Ishq Ka’, I have learned to overcome all my fears”.

With Dhrupad exponent Late Pandit Chaturbhuj Rathod as her grandfather, Roopkumar Rathod – Sunali Rathod as parents, and music director Shravan Rathod (of Nadeem-Shravan) as an uncle, the music flows through the Rathod family veins. Reewa Rathod started training under Miss Shanti Seldon for western classical piano at the tender age of 6 followed by training for Carnatic classical musical under the acclaimed guru TS Balamani. She has trained for Hindustani classical vocal under the duoyance of Benaras Gharana, Pandit Rajan & Sajan Mishra. She has also learned finer nuances of music under Pandit Hridaynath Mangeshkar and her father Roopkumar Rathod. 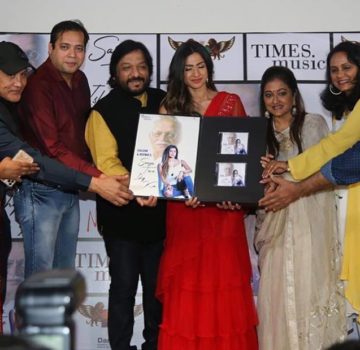 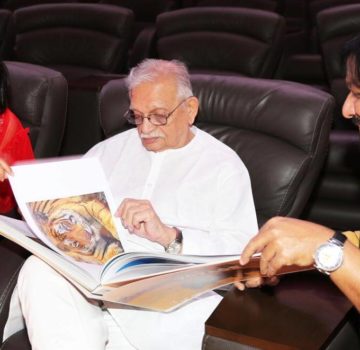 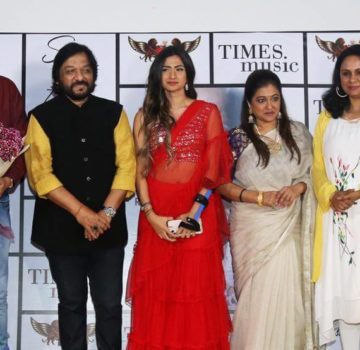 Proud parents Roopkumar Rathod and Sunali Rathod could not contain their excitement! “We feel blessed knowing that our little angel Reewa’s first solo album is being written by the living legend Gulzar Sahab,” the musical couple enthused, with Roopkumar Rathod adding further, “the focus and dedication that she is putting in her songs is commendable. I am very happy for what she has attained until now. This time there is a great responsibility on her shoulders as Gulzar Sahab’s name is involved and I am sure she will be able to pull it off successfully.”

‘Saaya Tere Ishq Ka’ – the title track, is mixed and mastered by American producer-engineer-mixer Brian Malouf, who has also worked with international artists such as Michael Jackson, Queen, Madonna, Pearl Jam and Stevie Wonder. The title track is a combination of traditional jazz and modern pop wrapped in gorgeous vocals. DJ Ravin has also mixed and mastered a track in the album. Apart from Brian and DJ Ravin, acclaimed musicians like Kalyan Baruah and Dhruv Ghanekar have also contributed immensely to the production of this album.

Besides Gulzar and Reewa Rathod, proud parents Roopkumar Rathod & Sunali Rathod, Gauri Yadwadkar of Times Music, Ajay Harinath Singh of Darwin Platform, video director Madhur Shroff, musician Kalyan Baruah and filmmaker Anusha Srinivasan Iyer also graced the grand launch held at Hotel Sahara Star. “‘Saaya Tere Ishq Ka’ means the world to me as I discovered a new me in the making of the song. The music is straight from the heart, and I have tried to keep it as raw as possible. I have put every ounce of my energy into it, and there are no gimmicks. Words aren’t enough to thank Gulzar Sahab and I am highly indebted to him for believing in me. He is the backbone and the power behind this entire project,” Reewa signed off.

Giorgia Andriani sizzles in her most recent photoshoot!

10 Must Watch Movies at the 9th Jagran Film Festival