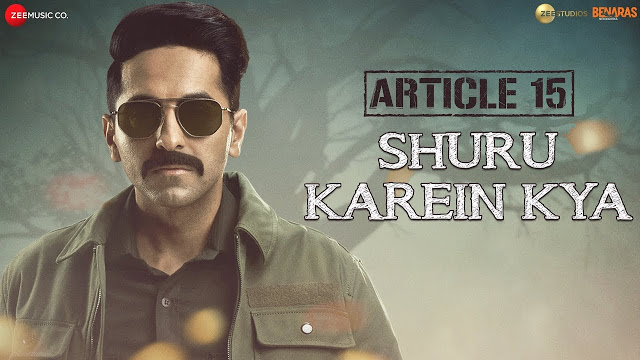 Article 15 is one movie that has been in the buzz ever since the trailer came out. The makers of this Ayushmann Khurana starrer movie have released the first song today. The song is titled Shuru Karein Kya, and it reverberates with what is happening in the country right now. This song is a call to action that we can’t be sitting on the fence anymore and be spectators, we need to get into action and bring forward the change. It has youngsters saying what needs to be done for the country right away, so the title ‘Shuru Karein Kya’.”

The peppy rap number has been sung by Slow Cheeta, Dee MC, Kaam Bhaari and Spit Fire and this foursome have also penned the lyrics of the song. It has been composed by Devin DLP Parker and Gingger Shankar.

The title of the movie Article 15 refers to the article with the same name in our constitution that prohibits discrimination on the basis of caste, religion, and sex.

Indian Film Festival of Melbourne to complete a decade this year, to celebrate “Courage” at its central theme!

Mukkabaaz actor Viineet Kumar gears up for his next Betaal, a Netflix series