As elections in India are underway, Bollywood celebrities are encouraging people to exercise their right to vote. 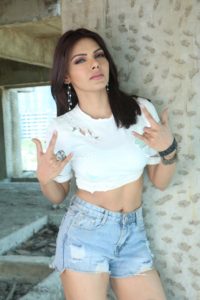 On Monday, 22nd April, the king of romance, Shah Rukh Khan and the sultry and fierce, Sherlyn Chopra released their individual rap music videos on their respective social media accounts.

Although, Shah Rukh Khan’s video, tilted, Karo Matdaan and Sherlyn Chopra’s Vote Daal have the same objective, the videos are quite different and so is the flow of rap.

While Shah Rukh Khan’s rap seems like a set of movie dialogues put together in a filmy manner, Sherlyn Chopra surprises both the critics and her fans with her skills of lyrics writing, video direction and an impeccable flow of rap.