Just two short weeks ago, the Mumbai based hip-hop dancers Kings United India were declared the global champions of the American reality show World of Dance. The judging panel of Jennifer Lopez, Ne-Yo and Derek Hough gave them perfect marks for their cinematic, Bhahubhali style performance and awarded them the $1million prize. After dancing together and preparing for more than 12 years, it was an intensely proud moment for Kings United India. It was also a proud moment for India. 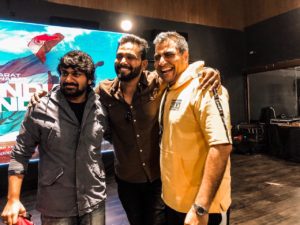 Now back in Mumbai to celebrate, the global champions were paid a special visit in their Vasai dance studio by Shailendra Singh and Mithoon, co-creators of the Anthem4Good – One India, My India – that is being shared and celebrated all over the globe. After explaining that they created the anthem only to spread more love in this increasingly divided world, Shailendra Singh screened the Anthem4Good music video to the entire Kings United troupe, their friends and students.

After watching One India, My India, Suresh Mukund, the Kings United Choreographer, gathered his troupe and took a quick consensus. Turning back to Shailendra and Mithoon, he said, “The Anthem4Good speaks a powerful message. We have been on an incredible journey to make India proud, and so it inspires us even deeper. We want to create a performance based on this song, and record a cover video that will continue to spread the love and unity.”

Shailendra Singh, who is also the writer and director of the music video for the Anthem4Good, responded by saying, “It will be an honor to have Kings United perform for the song. They have overcome all odds and exploded Indian dancing on the global scene with their championship win. The only objective of
One India, My India was to spread love. Their cover song will help us to unite all 1.4 billion Indians on the planet.” 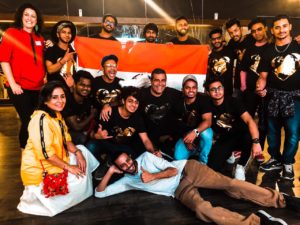 Mithoon, who is notoriously reserved and quiet, also shared his excitement at the collaboration possibilities. He says, “Shailendra Singh had a big dream to unite all Indians through love. Kings United has lived their big dream to perform in front of the world. Coming together on this creation will only serve to inspire all Indians that dreams really do come true.”

With energies running high, Kings United cleared the dance floor and on the spot, gave a taste of what the cover performance would look like. They pulled Shailendra and Mithoon in to the dance circle, while some of the dancers did backflips, break dance and showcased their signature moves.