Born in a dalit family, on November 22, 1830 in Bhojla near Jhansi, Jalkari Bai couldn’t receive formal education in school. But right from her childhood, she was adept and self skilled in using weapons and trained in horseriding too. When Rani Lakshmi Bai came to know about her bravery and skills, Jalkari Bai was immediately added in the women’s wing of the army by Jhansi Ki Rani, and was given intense training to fight and firing canons when they started to prepare for a British invasion.

Talking about the legendary warrior, actor Ankita Lokhande, who portrays Jalkari Bai in the film Manikarnika-The Queen of Jhansi, said, “On this special day, I want to introduce you to the brave woman she really was. Jhalkari Bai was a soldier who played an important role in the Indian Rebellion of 1857. She served in the women’s army of Rani Lakshmibai of Jhansi. She eventually rose to a position of a prominent advisor to the queen herself. Her heroism and sacrifices for the society are unsung but this woman was one of the most important factors in the battle of Jhansi. I had never thought that I would get a chance to play such a strong character in my life, but this film took me on a journey of not only discovering the real Jhalkari Bai but also helped me discover the Jhalkari Bai in me. I want to  take this opportunity to ask every girl out there who are fighting their own battles to never give up. Fight your battles with pride and never let anyone put you down”. 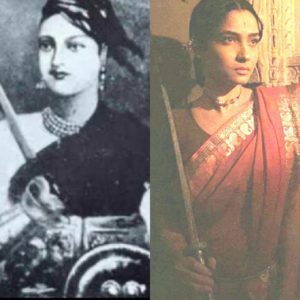 Producer Kamal Jain added “”Jhalkari Bai was an extraordinary womab and a great soldier. It is too bad that not many people are aware of her courage and how she faced the Britishers. She was the close aide of the Queen and as she looked so much like Manikarnika, she helped decieve the British Army. Ankita Lokhande is playing the role of Jhalkari Bai in Manikarnika: The Queen of Jhansi and she has given her heart and soul to the same. After watching the film, people will not just get to know about her heroism but she will also be an inspiration for the women of today. ” 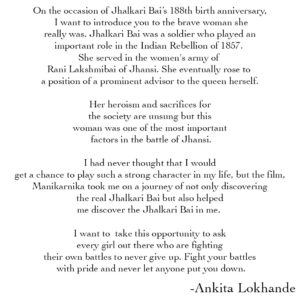 Now her untold story is finally being told in Zee Studios and Kamal Jain’s magnum opus Manikarnika- The Queen of Jhansi releasing on January 25, 2018. Kangana Ranaut will play the titular role of Rani Laxmibai and popular television actress Ankita Lokhande will be seen playing the role of Jhalkari Bai which marks her debut in Bollywood. 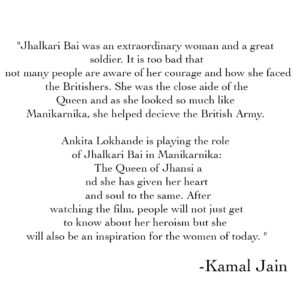 Ranveer Singh flaunting his new trimmed look, hoping Deepika will like it more

I admire Kangana as she speaks her mind : Celebrity life coach Chaya Momaya !