Skip to content
You are here
Home > Featured > Power duo Nandita Roy & Shiboprasad Mukherjee kickstarts the shoot of their next, Belashuru

Power duo Nandita Roy & Shiboprasad Mukherjee kickstarts the shoot of their next, Belashuru

Giving Bengal Cinema some of the most blockbuster hits like Praktan, Bela Seshe, Icche, Muktodhara, Accident, Alik Sukh and Ramdhanu; Director duo Nandita Roy and Shiboprasad have collaborated again for yet another family drama, Belashuru. The tale tells the vis-a-vis of a family and the nurturing of different relationships that exists within it. The shooting of the same has been started in Shantiniketan.

Ace actors like Soumitra Chatterjee and Swatilekha Sengupta are the lead actors of the film. Rituparna Sengupta, one of the best actors of Tollywood will also be seen playing an important character in this film. Apart from them, other actors like Aparajita Addhya, Kharaj Mukherjee, Indrani Dutta, Shankar Chakraborty, Monami Ghosh, Anindya Chatterjee are also roped in the movie. 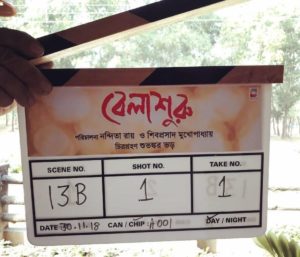 Interestingly, the entire squad had come together for Belasheshe, released in 2015. The film ruled the theatre for 250 days!!

With that news, the fans are eagerly waiting for the next venture, Belashuru. The movie is scheduled to release in Diwali 2019. 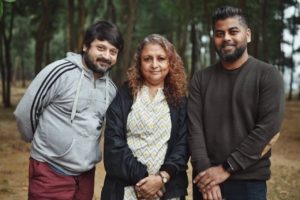 After remaking Pink in Tamil with Nerkonda Paarvaai, producer Boney Kapoor acquires rights of Tamil film Comali to remake it in Hindi and other languages