National Award winning makeup, hair and prosthetic designer Preetisheel Singh, who has designed the looks for characters in many acclaimed films like Bajirao Mastani, Padmaavat, Andhadhun and 102 Not Out, wants to take look designing in Bollywood to the next level.

Emerging as the undisputed No 1 in her profession, she is craving for more and more challenges. “Since my teens, I have been a big movie buff and mostly fascinated by the fantasy genre. I landed up being a software engineer, but in one way or the other, my heart was always into the art form,” confesses Preetisheel.

“Two of the initial movies which left an impression on me were Chachi 420 and Planet Of The Apes. The transformation of all the characters were absolutely brilliant. I realized that doing something like that would be a dream come true for me.” 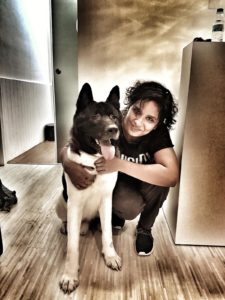 Preetisheel, who received rave reviews for her work in the Tamil science fiction thriller 24, says that when she sees Hollywood film series such as Avengers, Fantastic Beasts, Harry Potter or even movies like Avatar, Batman, Wonder Woman or even a Jumanji, she wonders why we can’t attempt similar subjects in Bollywood. “I guess, the time is just right and we can safely take the leap,” she says.

Though she points out that it’s challenging to execute prosthetics in India, mainly due to lack of FX material supplies, Preetisheel says she stocks up raw material whenever she gets a chance. 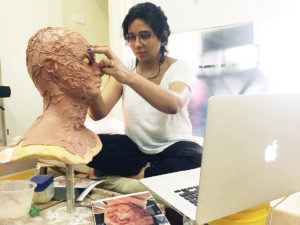 Because of this shortage, she along with her husband Mark D’souza have also set up India’s first makeup and prosthetic lab called Da Makeup Lab in Mumbai; a special effects makeup studio, which caters to prosthetics, body painting, tattoo work and character designing. “The goal is to bring standards of makeup and prosthetics in India at par with Hollywood,” concludes Preetisheel.

Coming up next are more innovative looks she is designing for films like the Nawazuddin Siddiqui-starrer Thackeray, Atharvaa-starrer Boomerang, John Abraham-starrer Romeo Akbar Walter (RAW), Kangana Ranaut-starrer Panga,Salman Khan-starrer Bharat and the film Chhichore with an ensemble lead cast. 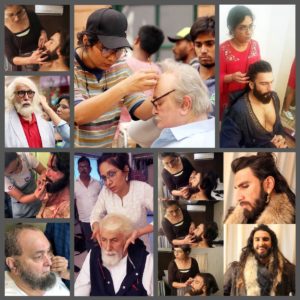 Why do we listen to songs on loop, explains Celebrity Spiritual Healer Shweta Bisht!

Prachi Tehlan dons yellow as she begins with Mamangam promotions; seeks blessings at a temple

Vidya Balan to play the lead in a film on Shakuntala Devi’s life!