With a bunch of talented new age filmmakers bringing forth their own unique and original content, Assamese cinema is witnessing new resurgence – which had earlier seen its heydays during the 70s and 80s, particularly when for a period of about six odd years most of the National Awards were picked up between Jahnu Barua and Bhabendra Nath Saikia. 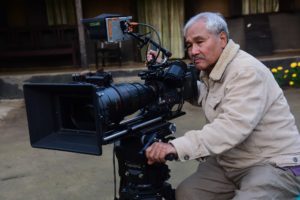 Now after a gap of almost five years since his last film when Jahnu Barua was ready to make another film, he added power to this resurgence of Assamese cinema, and he also found mainstream producers from Mumbai in Priyanka Chopra and Shahnaab Alam, both of whom collaborated through their respective companies, Purple Pebble Pictures and Easterly Entertainment to produce ‘Bhoga Khirikee’ (Broken Window).

Expectedly, the film has already garnered a lot of interest and has been officially selected for the 19th New York Indian Film Festival (NYIFF), along with two other feature films and a documentary by some of the finest contemporary filmmakers from Assam. There is already an active interest about ‘Bhoga Khirikee’ by a couple of more international festivals, and announcements are expected soon. 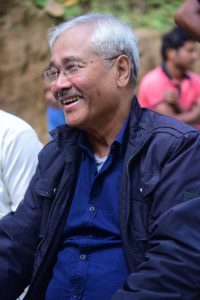 It is to be noted that as many as twelve National Awards have been bestowed upon films by Jahnu Barua, and his cinema has been study material in several prestigious international universities, amongst those MIT, Harvard, UCLA in the United States and Fribourg University in Switzerland, also invited him to interact with the students. A sequence from his celebrated film ‘Halodhiya Chorai Baodhan Khaaye’ (The Catastrophe) is also included amongst the ten most significant and important film sequences compiled by the Film Archives of India to commemorate 100 years of Cinema in India.

It is for the first time ever that in an international film festival, as many as four films made by Assamese film makers are being showcased together.

NYIFF’2019 lineup includes ‘Bhoga Khirikee’ by Jahnu Barua, ‘Bulbul Can Sing’ by Rima Das, ‘Aamis’ by Bhaskar Hazarika and ‘Daughters of the Polo God’ a documentary by Roopa Barua, an Assamese documentary filmmaker based in Mumbai.

“It is very symbolic that in the present times Assamese cinema is witnessing a Master Auteur (Jahnu Barua) along with a whole lot of young talents, together empowering a resurgence of Assamese cinema. Like Jahnu Barua’s cinema, the new film makers are not shy of discovering fresh perspectives to their stories. In fact, they are pushing the boundaries very significantly. New York will witness the resurgent  Assamese cinema, and there could be nothing better than this” says Shahnaab Alam of Easterly Entertainment, who co-produced Bhoga Khidikee with Priyanka Chopra’s Purple Pebble Pictures. 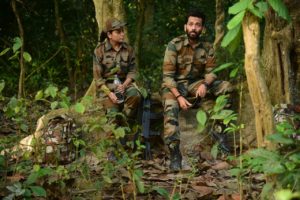 “Also, I am very glad to share that Jahnu Barua has his first international film lined up, which is an Indo-American production titled ‘Unread Pages’. The movie will be co-produced by Hollywood based Ivanhoe Pictures and India based Easterly Entertainment,” adds Shahnaab.

In the New York Indian Film Festival, which is scheduled to be held from the 7th May till the 12th May, the much awaited American Premiere of ‘Bhoga Khirikee’ (Broken Window) is scheduled on the 10th May, Friday.