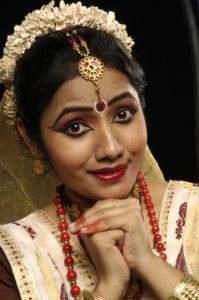 National award winner, Dr. Anwesa Mahanta, a renowned a Sattriya danseuse who is the
Festival Director of PIDF said, “Each and every year we try to reach out to people with various
dimensions and perspectives of dance. Dance is a holistic art form encompassing range of
expressions. The festival is curated in such a way where each participant both in the form of
performer and audience takes back home a rich experience of the heritage of dance.”
The Sattriya danseuse further said, “With every passing edition, PIDF has taken up socially relevant
messages and initiatives to promote our intangible cultural heritage and to provide a global
platform to our local art forms. Our effort this year will be concentrated on promoting heritage
awareness among our guests and hence build a base for promotion of Assam as a Cultural Tourism
hotspot.The festival experience would not only give the performers a platform to share their art
form but also give a wider space to interact and see the performances of other art traditions. And
audience shall get to see a range of art forms with varied styles of artistic representations.” 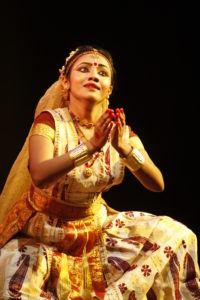 On 25 th November, 2018, the curtain raiser of 10 th PIDF will be held at Madhavadev International
Auditorium in Srimanta Sankardev Kalakshetra, Guwahati. The curtain raiser would feature
internationally recognized Ananya Dance Theatre, a contemporary Indian dance company based in
the Twin Cities of Minneapolis and St. Paul, Minnesota.The group is composed of artists of color who
create performancesabout the livesand dreams of women around the world. The Guwahati edition of
the Festival will be in collaboration with the Kri Foundation, Ford Foundation, Ananya Dance
Theatre. Another highlight of the Guwahati edition will be the presence of reputed Syrian curator and
cultural expert Alma Salem, who will interact with the students of Gauhati University on the situation
of Syria and how the artistes are responding artistically. She will also showcase six short dance
documentaries. Noted art scholar and Founder of Kri Foundation Dr. ArshiyaSethi says pleasure for
me to bring to my ‘karmbhoomi’; Assam, through Kri Foundation, a very significant art that upholds a
critical agenda for out times. I see a global and local valence for the Pragjyoti International dance
festival that is celebrating its tenth year this year. That is why Kri Foundation initiated this
collaboration in its fifteenth year .Thus it becomes a double celebration.

After the curtain raiser in Guwahati, the PIDF team will travel to Jorhat, where the artistes will have
interactions with the school/college students of the city in the morning hours of 27 th November. This
has remained as one of the significant aspects of the Festival that has been contributing immensely
towards creating heritage awareness amidst the new generation. In the evening on the same day,
PIDF will showcase the performances by reputed international artistes from Italy and Russia along
with many other artistes from various parts of India and local artistes of the region at Jorhat Stadium.
The Jorhat edition of the festival has been organized in association with the District Administration,
Jorhat and Pratah Bhraman Committee.

The grand finale of the 10 th edition of Pragjyoti International Dance Festival will be held at the
premier cultural heritage destination of Assam, Majuli. on 28 th and 29 th November, the beautiful river
island will witness performances by classical dancers from all around the world, thus becoming a
catalyst in the promotion of social harmony and peace through culture. The festival will be held
inassociation with the Uttar Kamalabari Sattra and District Administration, Majuli, with the support
of Sangeet Natak Akademi where captivating performances by kaleidoscope of the nationally and
internationally acclaimed artistsalong with the local artists of the region is bound to leave the
audience of Majuli spellbound. The Festival as a whole would be supported by Oil India Limited. 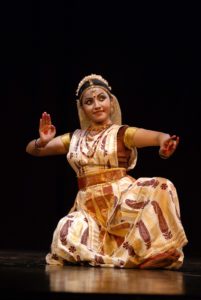 “Working with Amitabh Bachchan was a huge learning curve for me,” says Anand Pandit