Skip to content
You are here
Home > Featured > Important to get costumes in the films right: Stefy Gupta

In recent times, cinema has started moving towards a change – even the basic things like costumes are becoming very important. Stefy Gupta, a 26-year-old young Delhi based Fashion & Social Media enthusiast, who loves to share her thoughts about makeup, fashion, and life is even a critic and holds opinion when it comes to the entertainment industry.

Keeping the airport looks and wedding outfits of the celebrities aside, she talks about the costumes used in various films and that how they helped in backing the film.

Talking about the releases of 2019 – ‘Manikarnika’ and ‘Bharat’, Stefy feels that costumes were the core of success and appreciation these films got. It is because of the appearance of the actor,s that made these films do wonders on the box office. “Obviously, the story, acting, everything else was an important factor, but I think here, if the costumes would have failed to deliver the essence of the story to the audience, these films would not have been liked that much. Because most importantly, the audience must believe that every person in that story has a life before the movie begins,” she says.

Periodic dramas and biopics being the new ‘fashion’ of Bollywood, Stefy feels that while designing the costumes for films, the basic thing is to see in what era the film is made, (period drama, contemporary time), and in what setting is it designed – poor, rich, college, MNCs, etc. Also, the actor’s personality in the film can be a major factor to decide the clothes. 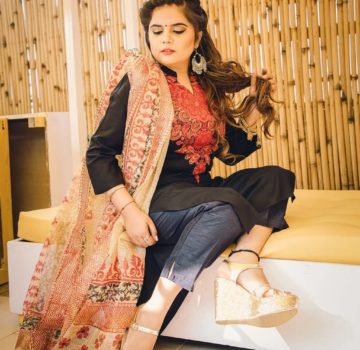 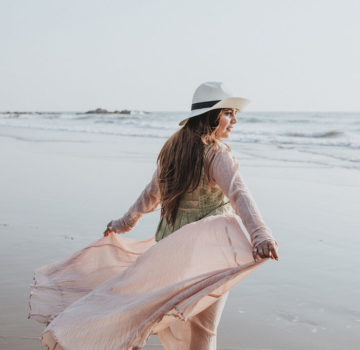 Apart from the locations, actors’ fees, post-production, the major portion of the budgets goes into costumes and accessories.

“Specifically if we talk about the historical drama films, I think costumes need to be appropriate. So, the major portion of the film’s budget goes in the costumes,” shares Stefy, runs a fashion blog called “Stefy – The QueenOfStyle”.

With the acceptance in the film industry for every kind of body type, Stefy feels really happy. Also, she thinks that now, keeping in mind the body type of actor is really important. “Recently, I have seen different body type actors playing lead roles (for example Bhumi Padnekar in Dum Laga k Haisha) – and I feel it becomes important for the designers to work on the look of the actors. Therefore, I think it should never be neglected.”