The wait is finally over as the 50th edition of the International Film Festival of India kicked off in Goa today, November 20th, 2019. The star-studded grand opening hosted the Shehenshah of Bollywood Amitabh Bachchan and legendary Rajnikanth, who flagged off the extravaganza at the Dr. Shyama Prasad Mukherjee Stadium, Bambolim. 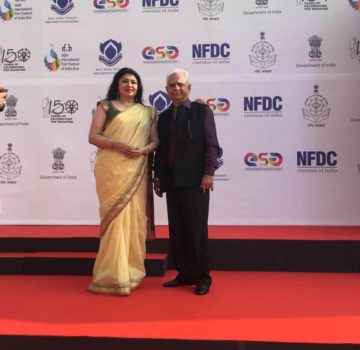 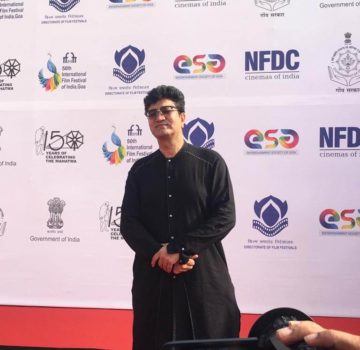 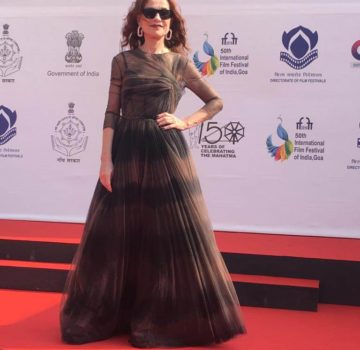 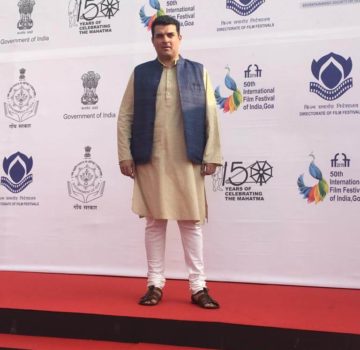 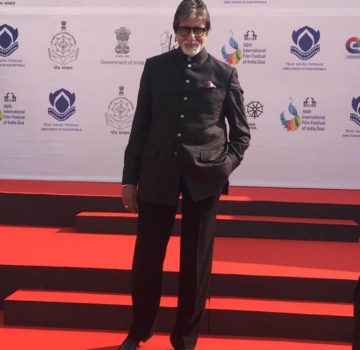 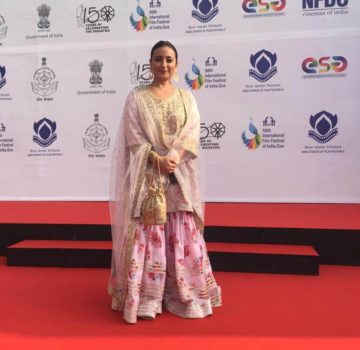 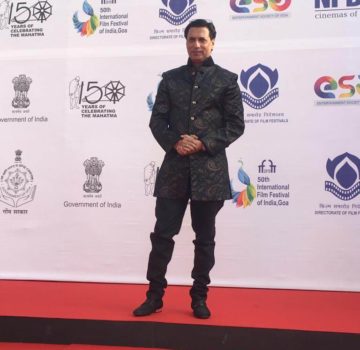 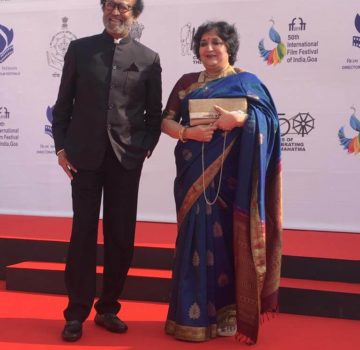 The stars walked the red carpet that was laid out to welcome the who’s who of the industry. Isabelle Huppert, the recipient of the Lifetime Achievement award speaking on the red carpet said, “I feel very happy to be here. I hope its a halfway lifetime achievement award. I’ve had many wonderful moments in my work life and worked with so many great directors.”

As the lights illuminated the center stage and cameras rolled out the action for the evening, host Karan Johar welcomed the gathering. The festival began with a tribute to Goa’s stalwart politician the late Manohar Parrikar who hosted the first IFFI in Goa.

Secretary Information and Broadcasting Ministry, Shri Amit Khare mentioned the noteworthy highlights of this year’s festival and noted the tremendous change in the last 50 editions from the participation of 23 countries in 1952, to almost 76 countries this year.

Honourable Chief Minister of Goa, Shri Pramod Sawant extended a warm welcome to all the dignitaries and highlighted his plan in making Goa an important destination for film shooting. He said, “IFFI package this year is an interesting mix of leisure and entertainment. IFFI bridges the gap between India and the international film industry and provides the opportunity to explore the cinema. We should not forget the objectives of cinema as the mirror of our time and the reflection of our society.”

Speaking of India’s soft powers, film, IT and music, I & B Minister Shri Prakash Javdekar said, “India has lots of scenic and beautiful shooting sites for national and international films but shooting at these locations requires around 15-20 permissions. Government is now preparing for single-window arrangements which will take care of all the permissions and it will benefit places like Goa, Leh-Ladakh and Andaman & Nicobar.”

Shri Javadekar also mentioned a special film made by the Goan filmmaker for the visually impaired. “It is important that they enjoy the cinema. We watch movies through our eyes and ears. They watch movies only through their ears. The film world should have such sensibility. Based on the narration, the scene will be explained.”

At the announcement of Russia, the Country Focus, Maria Lemesheva, head of the delegation, expressed her gratitude in selecting her country and spoke of the revival of cinema in Russia over the past few years. “This year the Government has announced a 40 percent rebate for foreign films being made in Russia,” she said.

Amidst cheers of adoring fans, superstar Rajnikant graciously accepted the Icon of the Golden Jubilee award and said, “He dedicated the award to all the producers, directors and technicians who worked in his films, his fans and people of Tamil Nadu.”

Amitabh Bachchan expressed his honor in being invited stated, “I have no words to express my gratitude to IFFI for honoring me and having a retrospective of my films. Films have always been an integral part of our social life. To have a festival of this magnitude in Goa exposes the Goans to what happens in the international world and also gives them an opportunity to meet and mix with people. This is a debt on my head of your love and affection. I would not be able to repay the debt and I would not want to, because I would like to keep it forever.”

At the felicitation of the members of the juries for the competition sections, John Bailey, Chairperson of the International Jury said, “We are very honoured to be here. We have a lot of work in front of us. We’ll be looking at 22 films and watching 4 films a day.”

To commemorate the grand occasion a special postage stamp was released by the dignitaries. The mesmerizing fusion music performance by the greats of music with Shankar Mahadevan, Lou Banks, and others added a lighter touch to the festivities.

In his vote of thanks Festival Director, Shri Chaitainya Prasad said, “I am completely overwhelmed by the sheer support we have received and would like to thank the officials and steering committee members for the combined team effort.”

The 50th International Film Festival of India, 2019 will witness 26 feature films and 15 nonfeature films in Indian panorama section, around 10,000 people and film lovers are expected to attend and participate in the golden jubilee edition.

The 2019 Golden Jubilee edition of the International Film Festival of India will be held from the 20th November to 28th November 2019 at the multiple venues in Panaji, Goa.