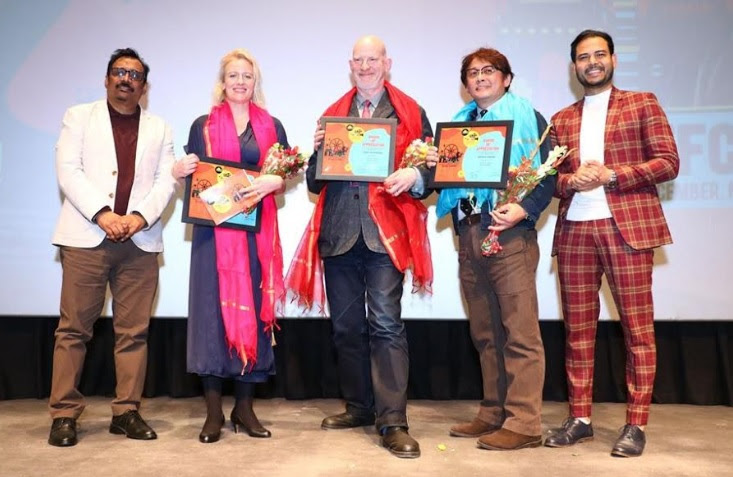 Iran reigned supreme at the awards ceremony of the 5th edition of Smile International Film Festival for Children and Youth (SIFFCY 2019) with Abas Aram’s ‘HERE MY VILLAGE’ winning as many as 4 categories that included Best Story, Best Director, Film Critics Circle of India and CIFEJ awards. Belgium was the next big winner with as many as 4 awards with ‘Binti’ by Frederike Migom shining bright receiving humongous applause from the audience. Featuring 150 films from 50 countries in over 30 different languages, SIFFCY 2019 screened socially relevant cinema, intending to initiate a positive change in the world by impacting the youth with the films.

With as many as 7 categories and 17 awards, the ceremony got the attention of international critics and cinema-enthusiasts. The categories of awards extended from the International Competition Feature, Film Critics Circle of India Award, International Competition Shorts, Next-Gen Students film to ECFA Award and CIFEJ Award. SIFFCY, a one-of-its-kind carnival for good cinema lauded the young talent with many other recognitions.

Bagging laurels doe their exemplary contribution to world cinema, here’s the list of all the winners for the evening:

Best Story: This Side-Other Side by Lida Fazli (Iran)

Best Film: This Side-Other Side by Lida Fazli (Iran)

Too Far Away by Sarah Winkenstette (Germany)

Along with being India’s biggest film festival for children and youth, the event is also the only non-European festival to present the ECFA award.

Appreciating SIFFCY’s endeavours, Felix Vanginderhuysen, Founder, Secretary-General, Renowned European film distributor (Belgium) and International Jury of SIFFCY ’19 said, “I admire the efforts put by SIFFCY to inspire the young minds. This is the third consecutive visit of mine to the fest and I feel honoured and thankful to be a part of it. Eager to continue with the association, I am already looking forward to SIFFCY 2020.”

Speaking on the occasion, Santanu Mishra, Executive Trustee of Smile Foundation and Chairman, SIFFCY, said, “With SIFFCY turning 5, I look back at the journey and realise what a long way it has come. SIFFCY has evolved over time as it contributes to creativity in the world, sensitising it and making it more humane to live in. The carnival celebrating young talent realises the power of cinema and how it can impact the world; to change it for good. The fest intends to leave a mark on the young minds as they are the leaders of tomorrow and have the potential to transform this world in a place, which is worth living in and living for.”

Mr. Jitendra Mishra, Festival Director, SIFFCY said in a statement, “SIFFCY is not just about screening international films but appreciating the efforts and the energy invested by the people involved, especially children and the youth. The festival encourages young talent and influences it positively to bring a wave of change that makes it all count. SIFFCY recognises good cinema and makes it reach as many people as it can. Acknowledging the budding talent, it looks forward to metamorphose the world only for it grow wings and discover new horizons of success, love, and empathy.”

Smile International Film Festival for Children and Youth is supported by BookMyShow’s charity initiative – BookASmile, the association is going strong with BookMyShow encouraging the event for the fourth year in a row, backing the cause to extend a good cinema to one and all and convey a message of significance along with it. 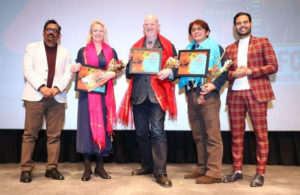 SIFFCY is a unique film platform by Smile Foundation devoted to a greater appreciation of meaningful cinemas made for children and youth which can bring a change in the society by showcasing those films, supporting emerging filmmakers, recognising the pioneers and leaders of the similar industry and by promoting the diverse perspectives of Good World Cinema.

“Khamiyaza”  film is about corruption and brutal system : Deekshit Kaul