We’ve all have watched Harbhajan Singh spin a Doosra on field, now watch him pull on a Doosra on his Team Mates with his Show “Quick Heal Bhajji Blast” on Online Viewing Platform Qu Play. Harbhajan Singh will be seen donning a new avatar as he gets up close and personal with his cricketing peers and discusses cricket, personal lives and their take on their contemporaries. 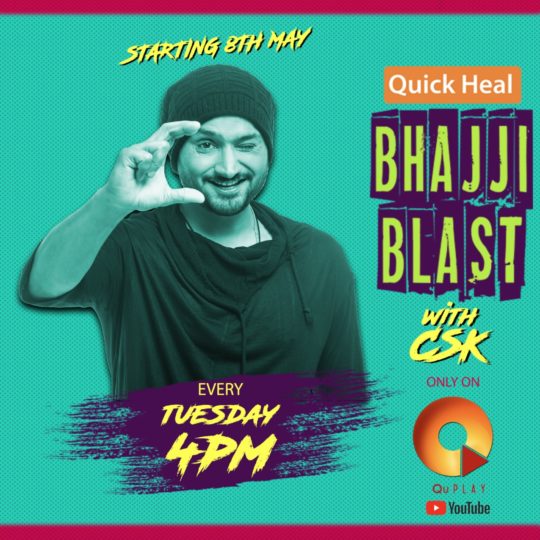 CSK have been roped in as Promotion Partners for the 10 episode show which will feature the likes of Suresh Raina, DJ Dwayne Bravo, Mike Hussey, Ravindra Jadeja, Shane Watson, Imran Tahir and many more cricketers. The show has segments like Rapid Fire, Rap Battle, Opinions and Who said What. 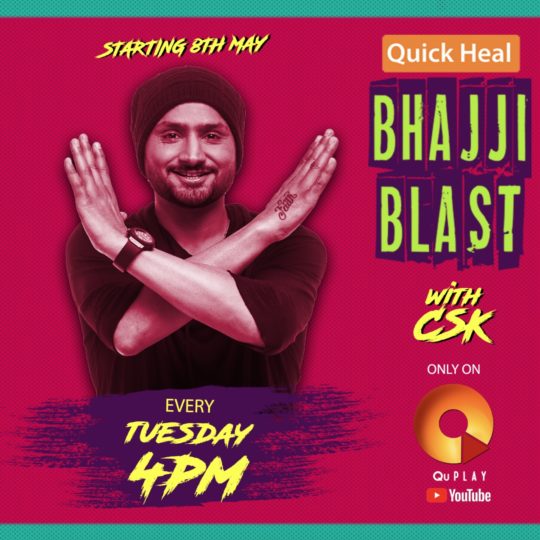 The First Episode of “Quick Heal Bhajji Blast” will air on Qu Play Youtube channel on 8th May at 4 PM.

Harbhajan Singh will be seen launching the Series in Pune on 7th May 2018 and will be addressing the press at JW Marriott Pune.

About Quplay: Qu play is a new Digital Entertainment platform which has ventured into creating Web Content for the Young generation. Qu Play is planning to come out with more fun talk shows & web series after Bhajji Blast. 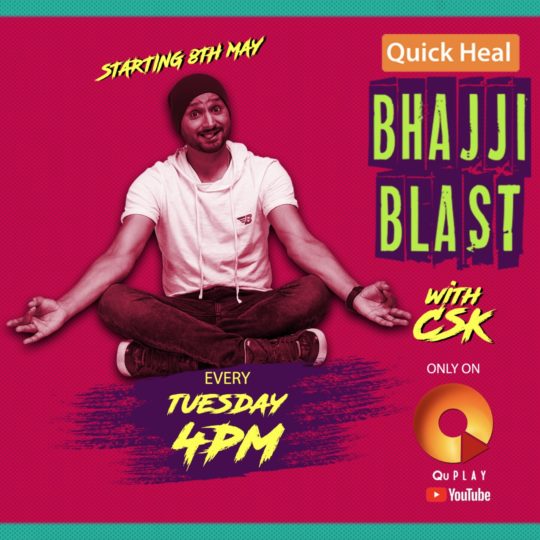 Yami Gautam inspires the youth at the Under 25 Summit, says “be the voice on the Internet not the noise!”