Giorgia Andriani, the Italian beauty who made a Tamil debut in the web series called Karolina Kamakshi, is receiving a massive response from the Tamil audience, as she is seen in never before avatar. Giorgia is seen in the web series doing tough action. Karolina Kamakshi is an action-comedy series in which Giorgia plays the character ‘ Karoline, ‘ a lady who is an agent of Interpol opposite south superstar star Meena who plays Kamakshi as an agent of CBI, which is directed by Vivek Kumar Kannan. 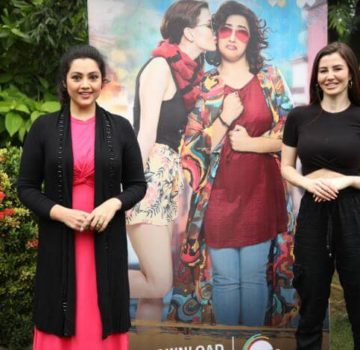 Giorgia Andriani at the launch of Karoline Kamakshi 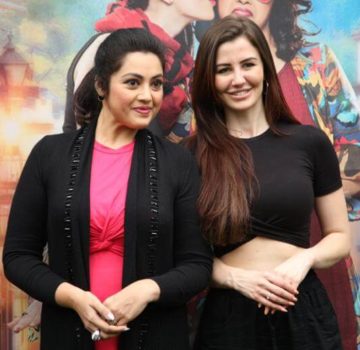 Giorgia Andriani at the launch party

Giorgia said, “I feel so blessed for having to start my carrier in front of the camera with such wonderful cast, everyone was so amazing and so supportive. I really feel blessed and I hope all the viewers enjoy Karoline Kamakshi and we would able to put a smile on everyone’s face.”

The actress is seen in an action mode in the series with a twist of humor Both characters have different personalities. We’ll see them come together to chase a dangerous mafia don. Apart from that Giorgia will be soon debuting in Bollywood opposite Shreyas Talpade in “Welcome to Bajrangpur” the movie will go on floor very soon.

Dakshata Patel shines for her sincerity in Tennis Buddies!

‘We have become like a family in real life too,’ feels Ikyawann actor Sidharth Banerjee.