Skip to content
You are here
Home > Featured > First looks of Nawazuddin Siddiqui and Mouni Roy from Bole Chudiyan are here!

While Nawazuddin Siddiqui is all set to play a passionate lover in director Shamas Nawab Siddiqui’s feature debut film Bole Chudiyan, the director took to his social media and revealed the first look of Nawaz from the film. We see the actor having a moustache in the first pic of his character.

Ever since the film was announced, fans are curious to know as to who will romance Nawaz in the film. While the makers roped in Mouni Roy, they have revealed first look of the actress today.

Nawazuddin Siddiqui, who has done majority of intense roles so far has already started preparing for Bole Chudiyan as this is for the first time that Nawaz will be seen donning the hat of a passionate lover.

The actor has always surprised his fans by portraying varied distinct characters and yet again it’ll be interesting to see him in a completely different avatar. 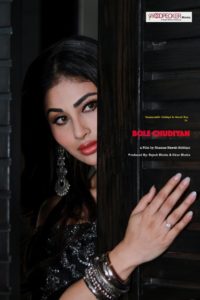 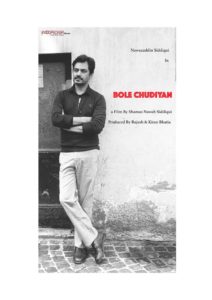 Directed by Shamas Nawab Siddiqui, the film is produced by Rajesh Bhatia and Kiran Bhatia under the banner of Woodpecker Movies. The film is going on floors in June.