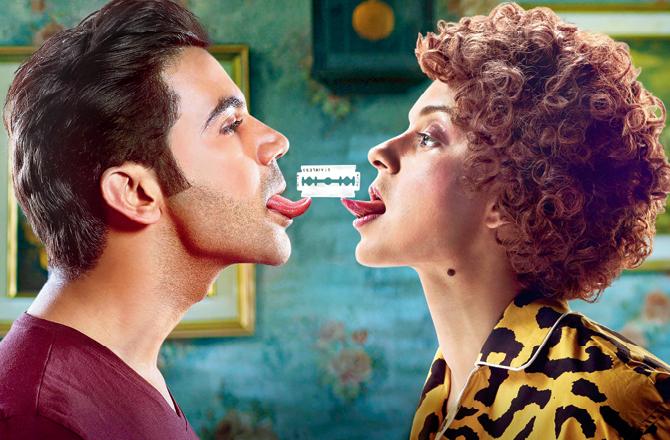 On the 8th of May, 2019 a lot of tweets and articles targeting Kangana Ranaut were circulated with mud-slinging allegations. The tweets mentioned how it’s Kangana Ranaut’s sly move of changing the date of the release of the film to 26th May’19 which is also the rescheduled date of Super 30 after 25th Jan’19 which was when Manikarnika released.

On noticing such tweets, Ekta Kapoor again tweeted signalling that the decision was entirely hers and didn’t involve Kangana Ranaut at all.

The ugly underground tweets have begun. I‘ve promised to keep it clean and have assurances from my actors on the same.
I hope personal assaults on them stop, because it’s my decision & Not theirs.

This happened after the production house issued an official press release stating that the decision to change the date of the movie’s release was purely for business purposes.

My decision my film…..so all brickbats directed to me pls! I’m my own person !!! https://t.co/xRLtAzzzXN

After listening to a lot of online trolls, this is what sister and manager, Rangoli tweeted about the entire situation…

Kangana told Ekta Kapoor not to release MHK on 26th but Ekta said its is her prerogative as a producer to decide the relase date, then she had a meeting with her childhood friend Hrithik and they both took this call…(contd)

What to expect from a man who always prefers to attack your back rather then meeting you in the battle field, jitna tu aur tera PR Kangana ko giraega utna he woh teri maregi…. so far it wasn’t her concern magar ab tu dekh… Jadoo. https://t.co/D4GiBqWkbI

In conclusion, one can safely say that Ekta Kapoor had strictly suggested Hrithik and the makers of Super 30 that there shouldn’t be any malicious and mud-slinging allegations about me — via paid and click bait-y articles. She even tweeted out that all brickbaits be directed towards her, and not at Kangana. However, this afternoon, some people have tried to create a cheap Twitter trend, that addresses Kangana as a ‘whore’, and ‘witch’ and puts the blame entirely on her. This kind of online bullying should be condemned.. It is a known fact that date changes are not under any artist’s prerogative and Kangana has simply nothing to do with the said change!