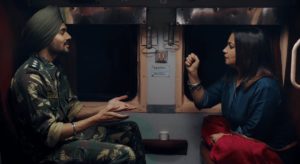 Youtube Fame Bhuvan Bam who recently did a Toodle’s Chat with Karan Johar at Youtube fan fest in Mumbai expressed his thoughts on working with National Award Winning actress Divya Dutta in a recent interview with a daily publication. Bhuvan said that in the start there was an awkward moment with her but later they bonded well because they both are from Delhi. He quoted “Divya Dutta is love! I met her for the first time during our sequence and I initially had an awkward moment sharing the frame with her. Things were fun because both of us are from Delhi.”
They both starred in Filmfare award-winning short film Plus Minus which received praises from all around the country. Divya Dutta will be seen next in Netflix film “Music Teacher” releasing on 19th April 2019 where she is paired opposite Manav Kaul and will be portraying a very sensuous role.