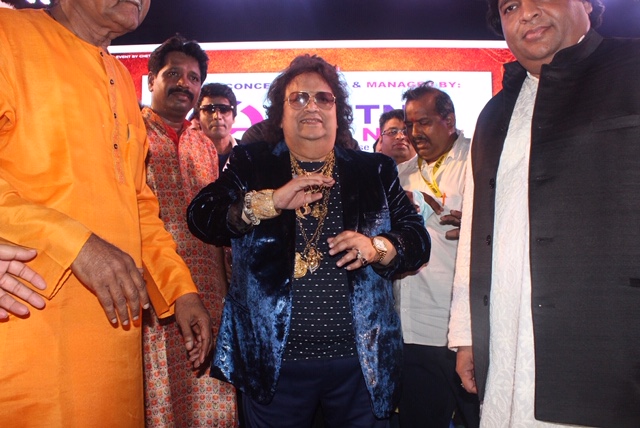 Bappi Lahiri , Mukesh J Bharti  and Ganesh Acharya performed at Preeti Pinky Dandiya during promotion of “Mausam Ikrar ke do pal pyar ke”
Recently the music of the film “Mausam Ikrar ke do pal pyar  ke” had been launched and now the cast had  celebrated the navratri  together  at  Preeti pinky garba Katchi ground, Borivali (w ) on 17th October,2018.The veteran singer Bappi Lahiri, Film producer Manju Bharti ,Choreographer Ganesh Acharya and Mukesh J Bharti had attended the event with festive  enthusiasm .Not only they attended the event but also performed. Ganesh Acharya performed his dance number while Bappi Lahiri performed on Tamma Tamma Loge, and Party Dam Dama Dam and others. The event was full of fun, excitement and energy. 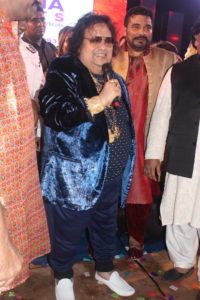 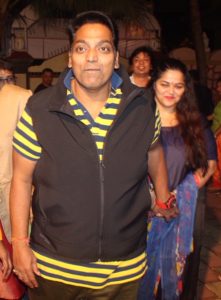 This is the story of two young people Amar and Anjali who met each other accidently as Amar got his hand factured minorly while his way to college and Anjali helps him out by taking him to her home. After conversation they got to know they are in same college. Both started going to the college together and become friends soon. As the time passes, Anjali falls in love with him but he doesn’t.  In the meanwhile, Anjali’s father Raj’s friend Dhirendra an ACP of the city tries to convince him for Anjali’s wedding with his son. When Amar’s hand got fixed he returned to his home but Anjali started missing him and decided to propose him. But Amar rejects Anjali’s Proposal and breaks her heart. 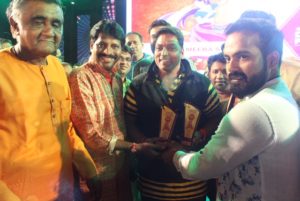 After realizing her love for Amar, Raj persuades him to marry Anjali. He accepts the proposal and tells his mom to fly to Moradabad from Paris for the proceedings of the wedding. But tragedy happens and they come to know Amar is the son of an enemy back in college and immediately calls off the engagement and fixes Anjali’s marriage with his friend Dhirendra’s son. Now it will be interesting to see whether Amar will be successful in getting back her or Anjali will have to compromise with her life.

On this occasion, Bappi Lahiri said that “the people at the navratri night are full of zeal and excitement. On asking about his recent project he said the film Mausam Ikar ke Do Pal Pyar ke has very soulful songs and I am really excited with the songs collection. It contains the entire genre and hope audience will hum the songs for ages.” 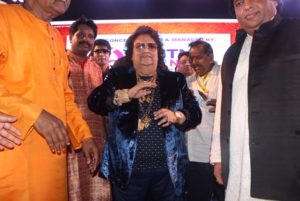 Film producer Manju Bharti said that “We are excited  to promote our movie at Preeti Pinky Dandiya night.  The film has been shot at very beautiful places according to the story. Amar and Anjali’s love story has many twists and turns i the story which will glue the audience to the story and will be definitely liked by them. I really want to thank Bappi Lahiri ji who has blessed us at every stage during the filmmaking.”

“Student of the year 2 has been a brilliant journey” : Aditya Seal speaks on his first film with Dharma Productions and Tiger Shroff!

Setting the OTT world on fire, Gandii Baat Season 6 launches only on ALTBalaji!