Kajri Babbar, an award-winning documentary and short filmmaker who was part of the British Council’s Future Leaders Connect porgramme, shares an enriching experience of attending various workshops and debate sessions conducted by UK politicians and policymakers. As a popular global leadership network for emerging policy leaders, this ten-day program at the University of Cambridge proved to be a grand success in honing the leadership and policymaking skills of the participants. Kajri Babbar recollects her time spent at the event as the most inspirational one wherein she learned the nuances of achieving change by having everyone on board. The various workshops she attended dealt with diverse facets of communication and leadership skills with a special focus on tactics of policymaking and design thinking. The 4 Indians who were selected for this programme got a rare opportunity to discuss issues related to Indian women with members of the UK’s International Development Committee.

Speaking about the highlight of this program, Kajri Babbar said, “My moment of glory in Cambridge or in fact the entire Future Leaders Programme was when I got selected from a legion of 50 future leaders of the world to be the part of the historic Cambridge Union Debate running from the early 1800s. I was against Mr. Charles Clark, Former Home Secretary of the UK. Mr. Clarke defended globalization as a necessary condition for prosperity and security whereas as I spoke against it. My notion revolved around how globalization is moving the world towards a corporate-dominated monoculture where nations and cultural groups alike are deprived of autonomy and identity.” Elucidating further about this debate session, she said, “It was overwhelming to know that I was a part of the debate which was also addressed by our first Prime Minister, Pundit Jawaharlal Nehru. From Winston Churchill to Stephen Hawkings, Cambridge Union debates have seen esteemed speeches and I am truly humbled to be a part of this illustrious legacy.”

Kajri counted Building Dialogue by Lord Alderdice as one of the most significant sessions wherein she gained valuable insights into the genesis of communal hatred and methods of tackling it with sensitivity. Lord Alderdice has had a key role in negotiating the Good Friday Agreement and stopping the Irish-British violence. As a former psychiatrist and psychotherapist, he founded the Northern Ireland Institute of Human Relations and was the Executive Medical Director of one of Northern Ireland’s largest healthcare trusts. Lord Alderdice also spoke eloquently about how it is crucial to be able to ‘disagree well’.

Historic buildings of London formed the venue of most of the meetings with high profile UK politicians like the speaker of House of Commons, Senior Deputy Speaker, House of Lords. A cherished memory of Kajri’s London visit was the one-to-one mentorship session with MP Chris Bryant. Mr. Bryant is one of the very few gay politicians whose life story of resilience and determination has set a precedent for many. Kajri, whose documentary and films exemplify gender equality and change in perception towards the LGTBQ+ community, expressed her wish to have a homosexual representative in the Indian Parliament soon.

By the end of the ten-day programme, the Future Leaders were connected with The Elders (an international non-governmental organization of public figures noted as elder statesmen, peace activists, and human rights advocates, who were brought together by Nelson Mandela in 2007). 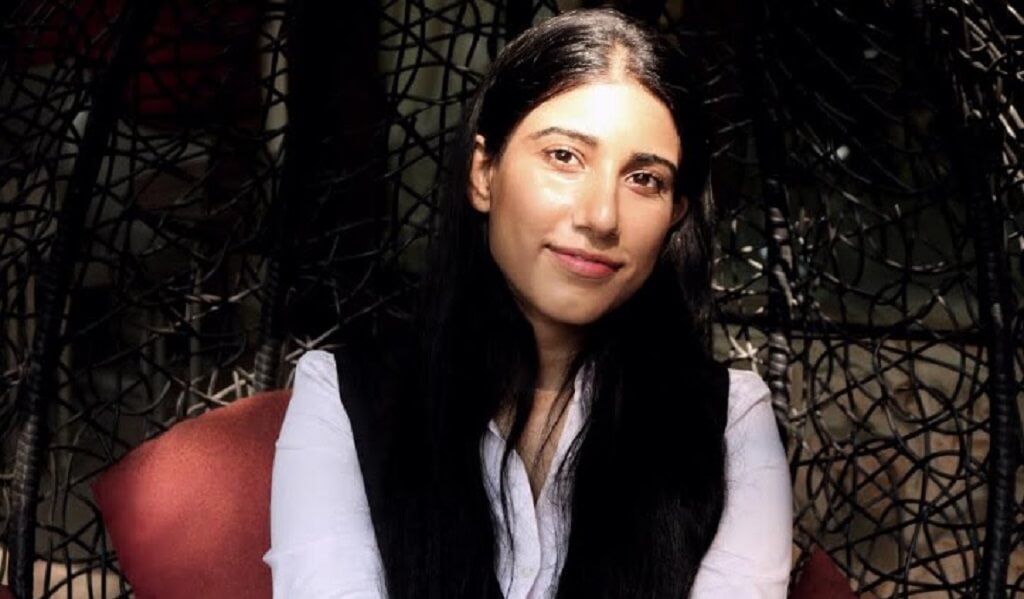 Armed with a postgraduate degree in Film Direction from Arts University Bournemouth UK, a diploma in Social Communication Media and a Bachelor’s degree in Journalism from Mumbai University, Kajri has made documentaries that aim at initiating a debate on some of the most pressing social issues. A few of her works have been selected and screened at ‘Student Oscars’ and The Cannes Film Festival. While studying Film Direction in the UK, Kajri wrote and directed her first short film, Pardaa, which became an official selection in the semi-finals of The Student Academy Awards 2017 and was screened by NAHEMI. Her second short film, Khoj deals with the pressing issue of wife abandonment by NRI(Non- residential Indian) husbands in North India. This movie was screened at the shorts corner of the Cannes Film Festival 2018 and also became semi-finalist at The Student Academy Awards 2018. In September 2019, SCM Sophia named her among the ten change makers alumnus alongside Richa Chaddha, Reema Kagti, Maya Mirchandani, Smruti Kopikar, P Sainath, Shalini Singh, etc.