Skip to content
You are here
Home > Featured > Aishwarya Rai Bachchan’s hattrick win of the title for the best dressed Readers Choice Awards by RCFA at Cannes film festival 2019! 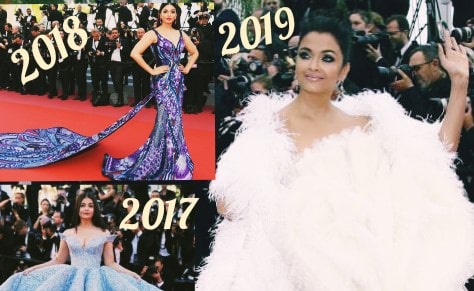 Every year, the best of cinema and fashion from across the world is celebrated at the Cannes Film Festival and celebrities walking the red carpet create a huge buzz with their fashion statements .This year!Cannes Film Festival 2019 saw some of most Stunning and boldest looks at the red carpet where the stars had dressed to impress.
However, like every year, there’s one undisputed queen on the red carpet. And she is none other than Global icon Aishwarya Rai Bachchan. Aishwarya Rai Bachchan’s red carpet looks always proves she is the Queen of Cannes.The actress who has been attending the international film festival for over a decade now and is rightly called the Queen of Cannes across the globe for she has been setting some excellent style goals. 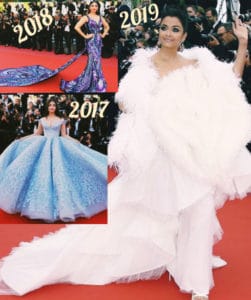 ARB’s first choice was remarkable one as she looked golden mermaid for her first red carpet appearance as Aishwarya opted metallic gold gown by Jean Louis Sabaji. And her second red carpet appearance,The gobal icon opted for a white gown with ruffled by Ashi Studio Haute Couture & the dress was strapless and bore feathers making her outfit puffy and look stunning for the red carpet.

Karan Aanand says I want to know if this is the same India that Gandhi ji would have ever imagined of with crime, riots and rape?