Skip to content
You are here
Home > Featured > A Change, Which Turned Into A Revolution Through Ayushmann Khurrana’s Article 15

Ayushmann Khurrana’s upcoming film Article 15 is all set to hit the theatres this Friday, and with each passing minute, the audience is getting more and more excited to watch this hard-hitting film directed by Anubhav Sinha. This film is an investigative-thriller filled with heart-wrenching moments.

Also, the movie goes to those inside areas of our nation which we didn’t even know existed in the first place and brings out such stories in the limelight (based on true events) that is bound to fill your heart with mixed emotions.

The film is based on the Article 15, which comes under Part III of the Constitution of India that deals with the fundamental rights of each citizen. It secures them from all kinds of discrimination by the State on the basis of religion, race, caste, sex, place of birth or any of them.

The film’s fight against discrimination began when they started a petition, ‘#DontSayBhangi’ on Change.org to ban the casual usage of the word ‘Bhangi’.

Ayushmann Khurrana, Anubhav Sinha and the whole team of Article 15 believed that this word is abuse to those so-called ‘lower caste’ people; and it should not exist. Even though the campaign was launched during the India – Pakistan world cup match, it was a roaring success as more than 130k people signed up for the petition as opposed to the initial target of 100 K, and that too in just a week! Interestingly, individuals from all sections of the society signed the petition, which in itself is proof that the country is ready for change. 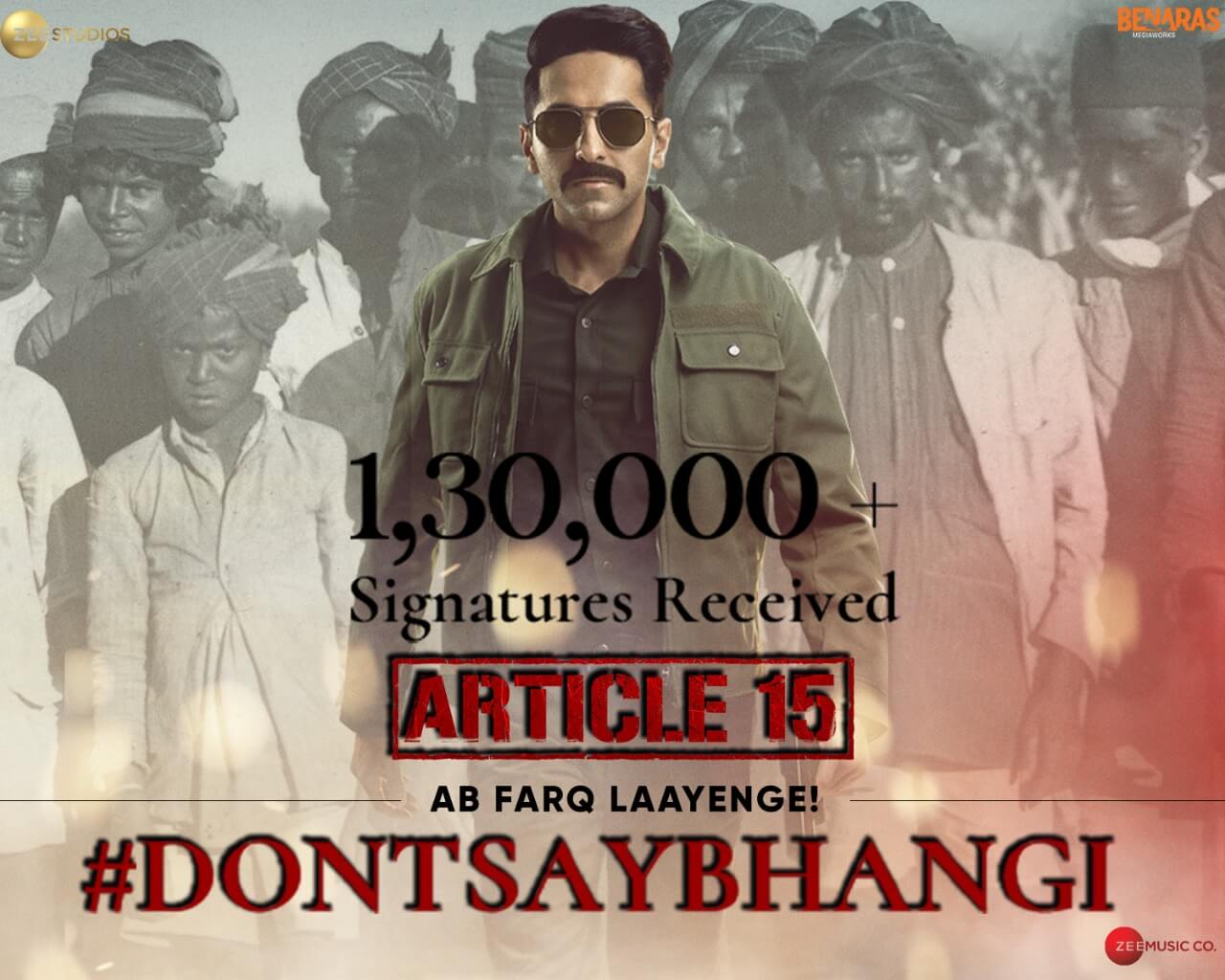 You can also sign the petition by following the link below; if you have not already done it.
https://www.change.org/p/government-of-india-ban-on-the-casual-usage-of-the-word-bhangi

These initiatives are needed in India because in a country with a heavy population and such diversity, change can only be brought through the medium of such hard-hitting films and people which thrive to bring a difference in the orthodox mentality. Article 15 is all set to hit the screens tomorrow and received rave reviews from the critics all over the world.

On the occasion of Hindi Diwas, Chitrangda pens and recites a heartfelt poem