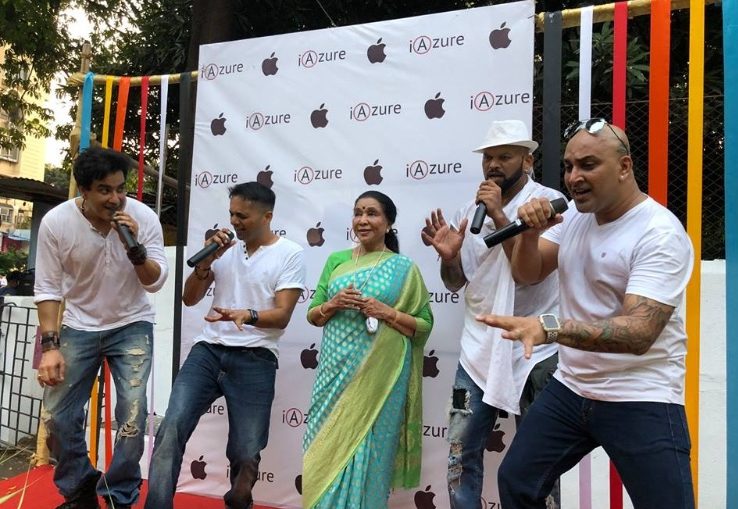 For Asha Bhosle – the legendary singer- age is just a number. Even after spending more than 6 decades in the music industry and singing 20,000 songs, her search for soulful music hasn’t ended. Lately, the queen of melody collaborated with A Band Of Boys for their new song ‘Dil Sarphira’, which was launched in Mumbai yesterday.

The song will be featured in Karan Oberoi’s upcoming movie ‘Strawberry Point’. 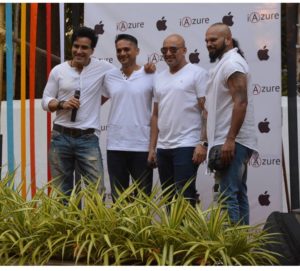 “I don’t like to sing every song which comes my way. But this tune really touched me. As for the band, I feel proud to see some mesmerising tunes coming from them. The band –of which my grandson Chintoo Bhosle is a part – has been doing good work over the years. I wish them luck for future and hope that they keep making more good songs for the next five decades just like me,” said Asha Ji, while recalling the first stage performance of the Band of Boys back in 2001. 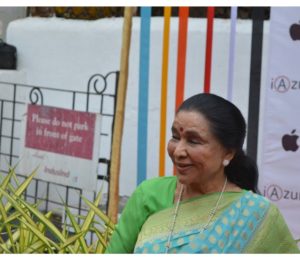 The song launch, which was held at iAzure Store, Mumbai, was graced by A Band Of Boys members Karan Oberoi, Sherrin Varghese, Chintoo Bhosle and Danny Fernandes besides Asha Bhosle – the guest of honour.

Following the launch, a power-packed performance by A Band Of Boys made everyone groove to the beats. They sang some of their popular numbers like ‘Gori’, ‘Meri Neend’ and others. 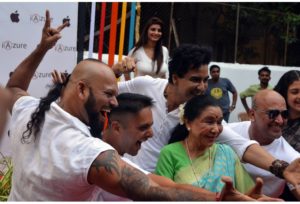 As the event progressed towards its last segment, Asha Bhosle planted a tree outside the store owned by her granddaughter Zanai Bhosle. The noble step was taken as a part of the movement #PlantATree by the grandmother-granddaughter duo, to save the environment. 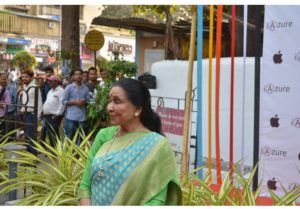 If Bejoy Sir asks you to jump off a cliff, you jump and make it look sexy ‘: Actor Armaan Khera

This is what ace producer Allu Arvind has to say about Seerat Kapoor from the upcoming film, ‘Maa Vintha Gaadha Vinuma”