Dhadak, which is one of the most anticipated film of 2018 finally released. There was a lot of buzz around the film ever since it’s inception. The film stars debutant Janhvi Kapoor and Ishaan Khatter .The duo left no stones unturned to promote their film.

Dhadak, an adaptation of Marathi hit Sairat is been appreciated by the audiences. The wait to watch Ishaan and Janhvi on the big screen is over and they are already receiving love from all over for their portayal of Madhukar and Parthavi in the film. 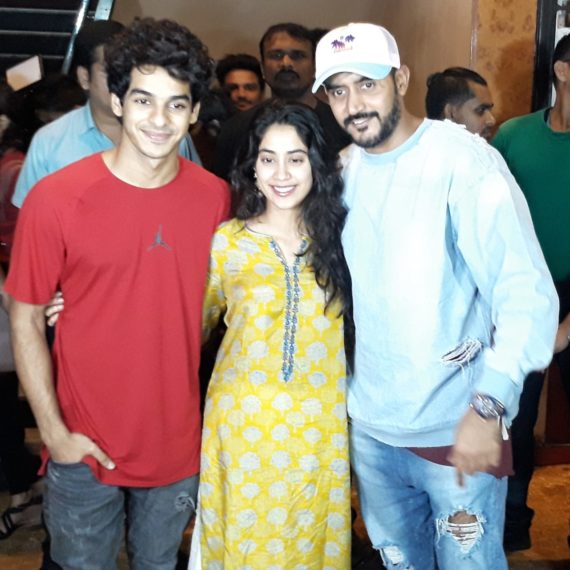 The film collected ₹8.71 crores on it’s first day at the box-office. This opening day collection of Dhadak is highest for a film lead by fresh faces, beating Student of the Year, which collected approximately ₹ 8 crore on it’s first day.

The film directed by Shashank Khaitan, is produced by Dharma Productions and Zee Studios.

Resul Pookutty recently watched Kangana’s Magnum Opus Manikarnika – The Queen Of Jhansi! and he is all praise for the movie!