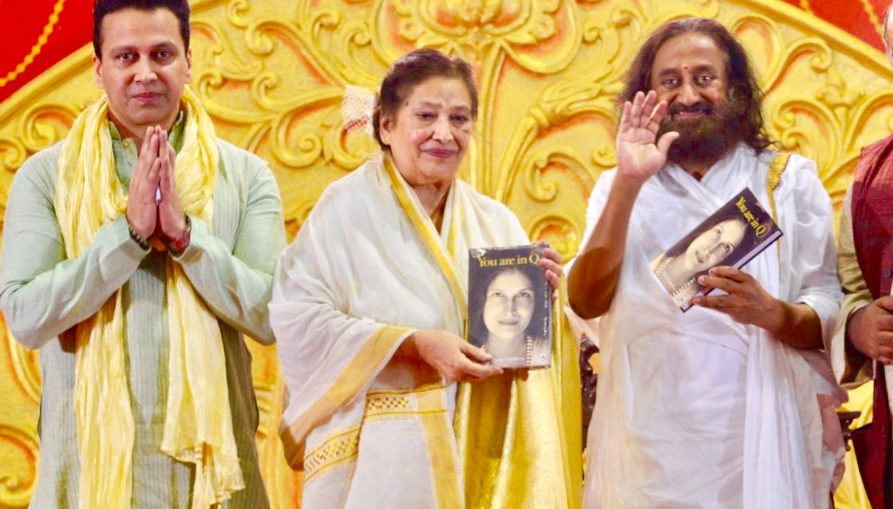 Inspirational writer Mirra Upadaya launched her book by the most revered & loved Shri Shri Ravi Shankar ji in front of 20 thousand people in his satsang on 7th June also which was telecasted live in 100 countries.

On this auspicious occasion the well renowned entrepreneur, philanthropist,social activist Swaraaj Kapoor said “It was the most ecstatic moment of our life with the book talking about varied people from political ,social & varied fields the journey & experiences of meeting them & their influences in most candid way , it’s simple to read & heart touching You Are In Que & couldn’t have had a better person in this world to have launched it by Shri Shri Ravi Shankar himself”

The opening book introduction was given by Shyam Sharma followed by Swaraaj Kapoor himself carrying further by emotional Mirra Upadaya. The book consist of various aspects and experiences of Mirra Upadaya when she encountered, people from all walks of life such as Indira gandhi , Shri Atal Bihari Vajpayee to a commoner Visha the house keeper and their influence on her. 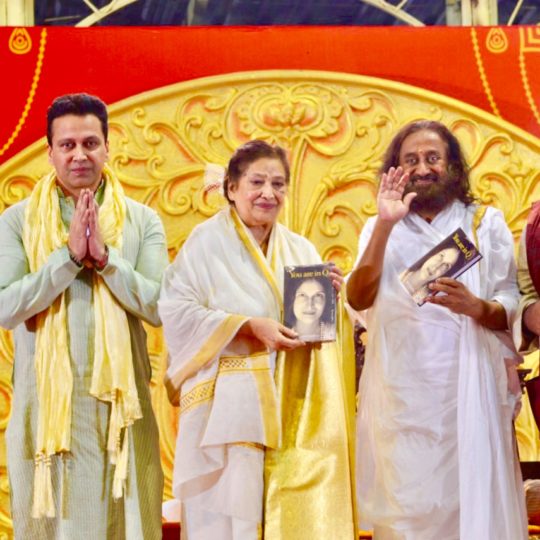 Manushi goes back to school, virtually!