Kartik Aaryan who’s about to enter the ? crore club with his film ‘Sonu ke Titu Ki Sweety’ was spotted looking stylishly cool at the Mumbai airport this morning. His black leather jacket and blue denim look will steal your heart!! 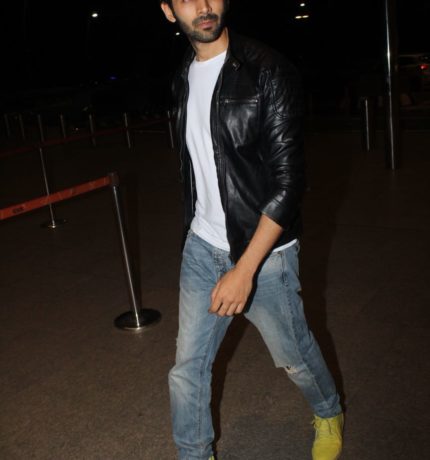 The actor was leaving for Delhi for an event and was accompanied by his mom. 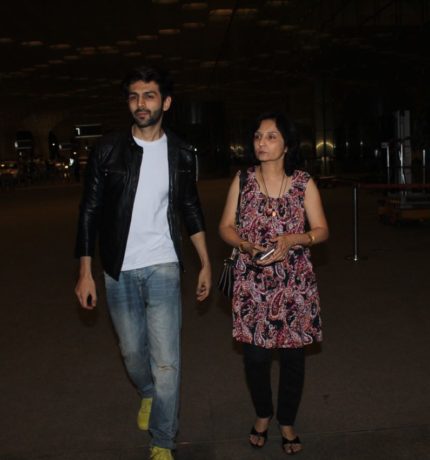 Kartik Aaryan recently  walked the ramp for Pawan Sachdeva at the Amazon India Fashion Week on Thursday, 15 March, in the capital. The Sonu Ke Titu Ki Sweety star sported the designer’s ‘Animate’ collection which means “to bring life to” and he did exactly the same with his vigour and style. 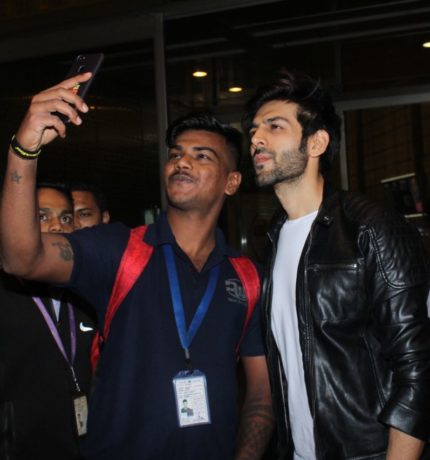 The collection aims at targeting the youth and hence chose Kartik Aaryan as he is the youth icon.

Since the release of his first film, Pyaar Ka Punchnama, Kartik Aaryan has made his mark and is excelling at his work. His comic timing and connectivity with youth is something which is unmatchable. 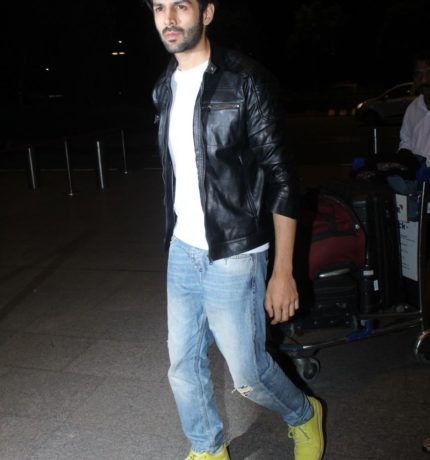