Skip to content
You are here
Home > Featured > Trailer launch of Kaanchli – Life in a slough.

The trailer of the upcoming film Kaanchli-Life in a slough has been launched at Hotel Sahara, Mumbai on 8th January 2020. Sanjay Mishra, Shikha Malhotra, Lalit Parimoo and Anup Jalota along with the director Dedipya Joshii.

Under the banner of Pisceann Pictures, the film is presented by Anup Jalota. Dedipya Joshii is the producer-cum-screen writer-cum-director of the film. Shobha Devi is the Associate Producer, Story by Vijadan Detha and Script by Dedipya Joshii and Kailash Detha. Jogendra Nath panda is the cinematographer of the film, Aseem Sinha is the editor of the film. Atul Gupta is the executive producer of the film, Bhuvnesh Maharshi is Production Designer and Parmanand Verma is the art director. Rudra -Shankar is the sound designer and background music is done by Kisaloy Roy. Nishant Kamal Vyas and Shivang Upadhyay are the music director and lyrics by Kusum Joshi, Kailash Detha and Ansh Vyas. 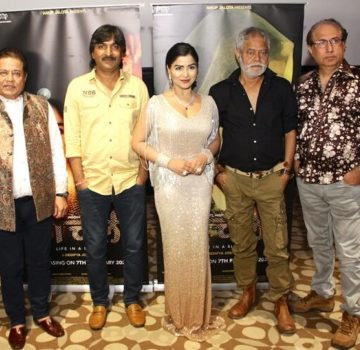 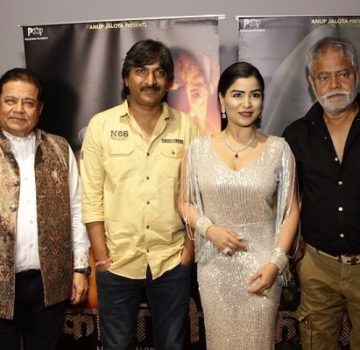 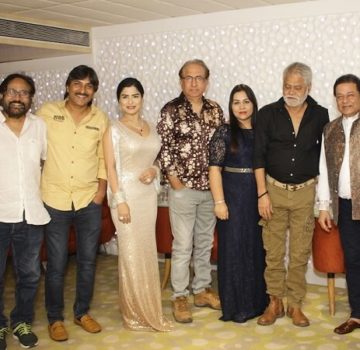 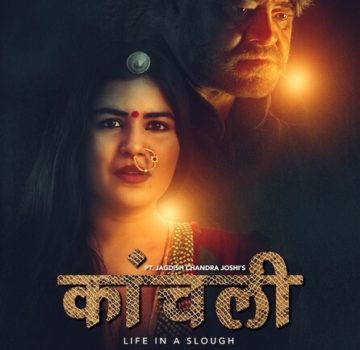 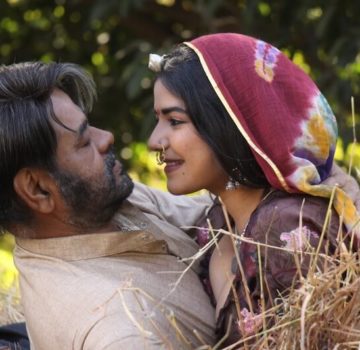 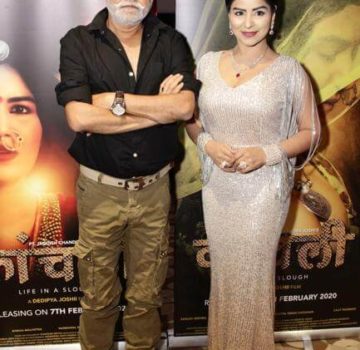 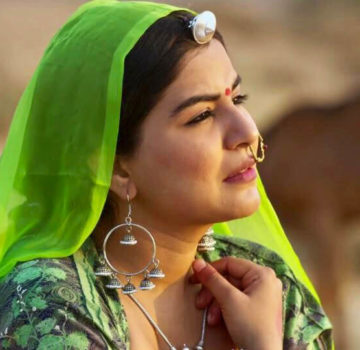 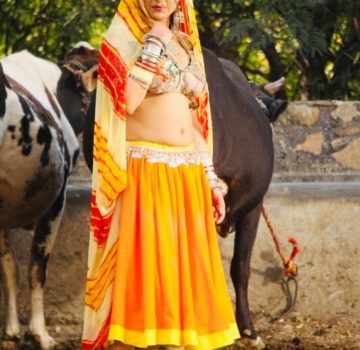 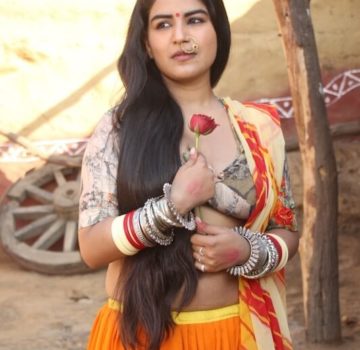 This film is a story that opens up new ways for an independent woman to survive on her own and the key character “Kajri” is very well portrayed on screen by the multitalented Rising Actress Shikha Malhotra by living the immense deep layers of the pain of a woman beautifully on the silver screen. The upcoming promising Actress is trained from Barry John acting studio.

Kishnu (Nareshpal Singh) got married to an immensely beautiful woman Kajri (Shikha Malhotra). Thakur of the village (Lalit Parimoo) had bad intentions towards Kajri so he asked his special man Bhoja (Sanjay Mishra) to get Kajri for him but Kajri was very loyal towards her husband and one day she attacked Thakur in her defense. Rather than praising her Kishnu warned Kajri not to behave like this with Thakur ever again and this was the heartbreak for Kajri as she never imagined a husband who will leave her alone to fight with the world. Sad Kajri was trying to convince herself that if her husband will see him with any other man he will definitely react. Here Bhoja fell in love with Kajri and this gave her idea to test her husband by using Bhoja to see her husband’s reaction. So how Kajri took exams of her husband? Did she have a solution which could tell her that really, does a woman needs a man to survive or she can live independently?

The film was shot in Udaipur and is all set to release on 7th Feb 2020.

On this occasion, the protagonist Shikha Malhotra quoted “Kaanchli is one such film which gives a new dimension to women’s freedom. We all talk about the independence of women, but still, she has to struggle for her dignity and rights. I am grateful to Dedipya Joshii who has given me this opportunity to portray such a beautiful character. The film has versatile actors like Sanjay Ji and Lalitji who have immensely supported me throughout the film. I hope the audience gives us their love and support.

Vicky Kaushal is the first young Bollywood actor to pose solo on the cover of Elle India!