Skip to content
You are here
Home > Featured > Pallavi Joshi and Rituraj K Singh along with the team grace the screening of Painful Pride, launch the official poster

Producer Maansi, who announced her next, Painful Pride under her banner Yantra Pictures sometime back has finally launched the first official poster of the film on Friday, December 13th, 2019 in Mumbai. The screening of the film was also held at the event.

Directed by The Wallet fame Saumitra Singh, Painful Pride is based on the sensitive subject of Menopause. The films stars Pallavi Joshi and Rituraj K Singh in the lead roles.The event was graced by Saumitra Singh, producer Maansi along with the entire cast and crew.

The team plans to send the film across the national and international festival circuit before releasing it on OTT platform next year.

Actress Pallavi Joshi, who was seen teary eyed at the launch said, “Painful Pride is a very important and sensitive film that deals with human emotions. My thoughts wouldn’t have been the same if such a script would have come 15 years ago. I could relate it so much today so it took me few seconds to say yes to do it. It’s important for both men and women to watch it. It’s been made entirely by a young team with the dynamic director Saumitra Singh as our captain of the ship.” 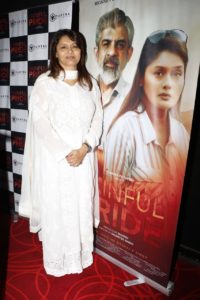 Actor Rituraj K Singh revealed, “I still remember when my larger family refused me to buy sanitary napkins for my cousin sister in Jaipur back then but times have changed now. I feel very happy to be associated with Painful Pride. It is indeed a pleasure to work with young and creative team. I am fortunate enough to have worked in a script like this as I strongly believe that this subject is unique as in daily life as men and women, we go through several circumstances and sometimes we are insensitive and ignorant to each other feelings.”

Producer Maansi shared, “It took me and writer Neha around 7-8 months to research about a subject like Painful Pride. It is about  transformation of thoughts and words into meaningful action. I have certain plans to get hold of Indian government if they could back a project like this. It is important to spread awareness on this. I feel few strata of people still doesn’t know about periods so menopause is still a larger issue.” 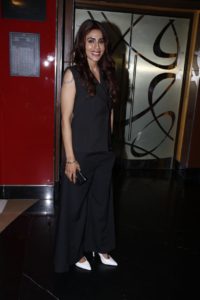 Director Saumitra Singh said, “ It was an immense pleasure to work with these wonderful actors Pallavi Joshi & Rituraj K Singh on the sets. Not even for a second, I felt that I am working with such senior actors. We completed the film in just 2 days so I learnt to be patient with my actors.”