Skip to content
You are here
Home > Featured > ‘Bulaave’ from Kaagaz sung by Papon, featuring Pankaj Tripathi gives a glimpse of the uncommon journey of a common man 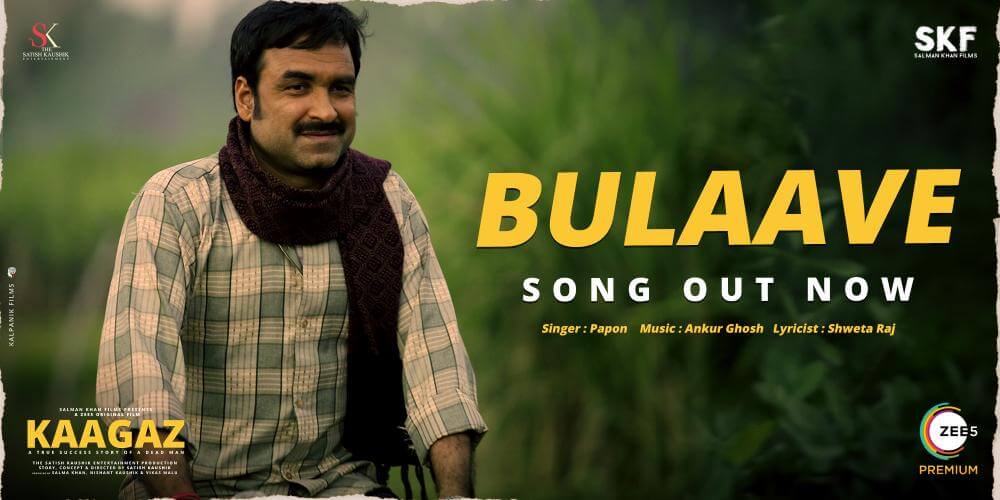 Pankaj Tripathi starrer Kaagaz looks at one of the weirdest cases of Indian history. The biopic stars Tripathi as Bharat Lal Mritak who is declared dead by a government document, even when he is alive. The film ever since it’s release is being praised by the critics and audience.

Recently after releasing a poem narrated by Salman Khan for the film, the makers have released a new song ‘Bulaave’ a soulful Indian song featuring Pankaj Tripathi. The song walks you through the uncommon journey of a common man Bharat Lal Mritak.

The song has been sung by Papon and composed by Ankur Ghosh, the lyrics have written by Shweta Raj.
Kaagaz is presented by Salman Khan Films with Satish Kaushik Entertainment Production and produced by Salma Khan, Nishant Kaushik and Vikas Malu. The film is now streaming on Zee5 Premium and has released in a few selected theatres in Uttar Pradesh.

Shraddha Srinath pays an ode to Bollywood heroines of 90s in Jobless from Milan Talkies!