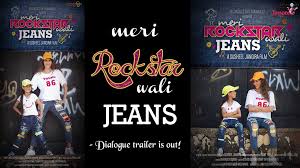 Susheel Jangira, a very well known name in the world of TV anchoring is debuting with her short film Meri Rockstar wali Jeans as a writer, lyricists and director. Susheel had started her career as a fashion model and as a Zoom TV anchor, India’s leading glamour and entertainment television channel. Since her childhood she had penned poems, articles, short stories and had also contributed her writing talent in school and college magazine. She has done TV shows like Planet Bollywood ,Ring A Star, Fear Factor-3,  National Racing Championship National Karting Championship,T-10 Gully Cricket ,Etc Chit-Chat ,Mountain Dew ‘Nidar’  and many more. She had also been a part of music video Beach Cafe ,  Ab ke Sajan (remix) and other.

Her thoughts are quite provoking as it has been proved with her first short film. Meri Rockstar wali Jeans has been released on YouTube. 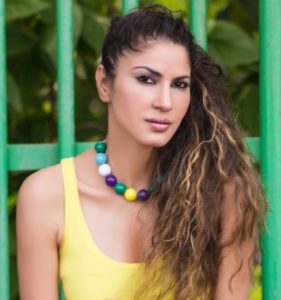 The film Meri rockstar wali Jeans is a sensitive Hindi fiction film with a message. The film shows how the change in perception changes ones life. The film is successful in depicting the message. Meri rockstar wali Jeans is a story of a girl Bhanoo, who isgoing through some past emotional and physical trauma in life. Mitali who voluntarily teaches chawl kids recognizes the pain of Bhanoo. She changes her life and motivates her towards her dreams. Bhanoo inspired by her teacher’s rubbed jeans and proposed to be a rockstar. She understood whatever happened with her was not the end of her life, still she has a beautiful soul and she can dream. Although the film is a short film but it occupies the audience till it ends. It’s emphasis on mental and emotional rehabilitation of the victim. As the end quotation in the film says “Life is all about New Dreams. Nothing should shatter you.”

Susheel Jangira is the lyricist, writer, directed & the producer of this film. The film is presented by Secondoct Entertainment. The music & background score is given by Rahul Jain and title track sung by singer Abhiruchi Singh. The Choreography is done by Gnyaneshwar Waghmare and edited by Milind Shriraam. Prior to its release the film has gather enough headlines. The Song received lot of appreciation and coverage in Media.

Susheel Jangira quoted “I wanted to make a film which is truly woman empowering but without holding the clichéd feminism flag.  I wanted to touch base with the hardship and trauma in life that a woman of any age might go through. But the focus shouldn’t be on the trauma rather her emotional and spiritual rehabilitation. She should be able to gather herself to come up with a way out and not end up being in a dark corner. We should show light, show New Dreams and give a pair of jeans to life where you can feel rocking- This is how I see life and my film reflects my mindset”.

Pooja Entertainment’s ‘Coolie No. 1’ trailer rakes in over 50 million views and gets the exhibitors excited

Palak Muchhal’s Concert is for a Good Cause…