After the unprecedented success of The Tashkent Files and on the eve of Independence Day, filmmaker, Vivek Ranjan Agnihotri launches the ‘First Look’ of his next film, The Kashmir Files which is based on the genocide and mass exodus of Kashmiri Pandit’s – by far the largest ethnic cleansing that India has witnessed. The launch of the ‘first look’ of The Kashmir Files comes close on the heels of Hon’ble Prime Minister, Shri Narendra Modi Ji’s appeal to the entertainment industry to film in Kashmir. Aligning with the Prime Minister’s appeal and the requirement of the script, The Kashmir Files will be shot in real locations within Kashmir such as Shankaracharya Temple, Martand Sun Temple, and other prominent locations.

The film will feature an ensemble cast of the finest actors in the country and Co-produced by Pallavi Joshi and one of the most successful studios. It was earlier reported that Vivek Agnihotri will crowdsource research and reach out to real people to feature their stories and struggles. 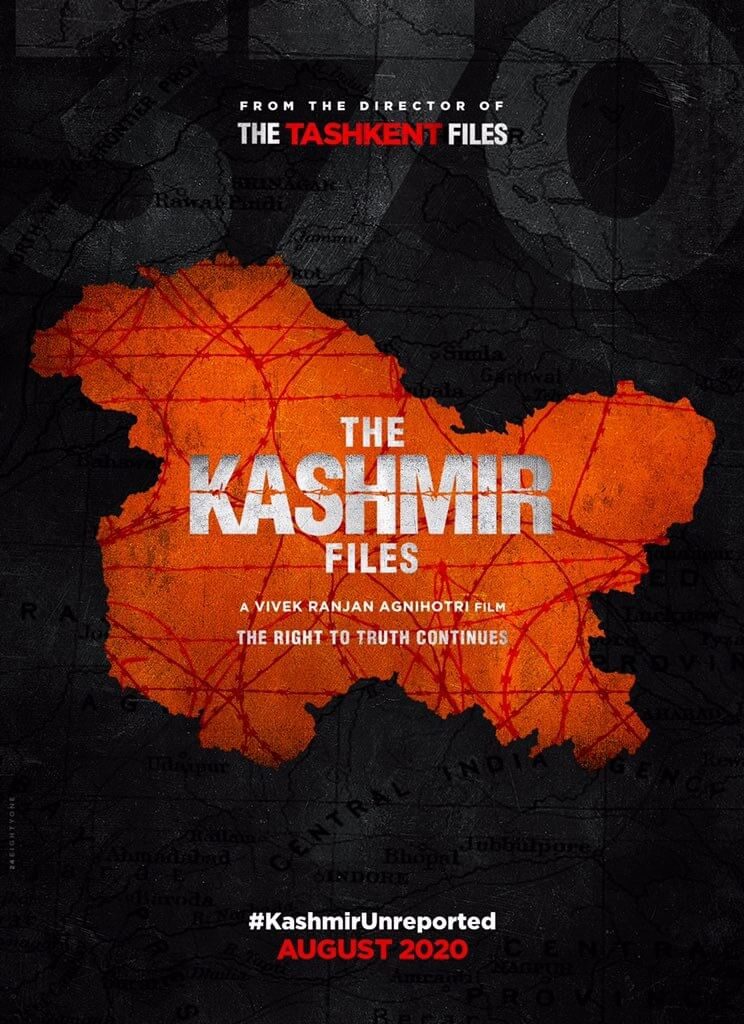 Talking about the film, Director, Vivek Ranjan Agnihotri said, “With The Kashmir Files my movement on #RightToTruth continues. This aspect of our history is underreported and has never made to the history books. We know about partition of India and even that of Bengal, Jalianwala Bagh massacre, Sepoy Mutiny, and other landmark incidents from the realms of history except for the genocide of Kashmiri Pandits. In terms of the magnitude of this disaster, it can be dubbed as India’s holocaust yet it has never been documented systematically nor do we speak about it. Ask a twenty-something in any of the big cities about this mishap, you will see them roll their eyes.

Agnihotri added, “My primary objective to make this film is to throw light on history which has been amputated from public consciousness and hopefully tell a compelling story so that such a barbaric act may never be repeated. It is important for youth to know the struggles of this community, their loss, trauma and the sheer callousness with which we have dismissed such a monstrous chapter in our history. A nation can build itself by learning from its history and such an important aspect of our history should not be omitted”.

The Kashmir Files is the second part of Vivek Ranjan Agnihotri’s trilogy.