UK based boy band THE VAMPS back in India!

Mumbai, 4th October 2018- British boy band The Vamps is back in India after two years. They performed at Global Citizen Festival that happened in 2016.

The Band is arriving in Mumbai on 23rd October and has plans of a week long stay in the country. They are performing in Pune and Mumbai on 25th and 27th October respectively.

The band had a great time during their previous visit and was much moved by the response they received, which brought them back on the round two.

Sharing their excitement, The Vamps expressed, We’re really looking forward to performing in India, our last visit was unforgettable and we had a great time. We are cannot wait to be back to play two amazing shows and showcase new music to our incredible fans! “

On getting The Vamps to India on their second visit, Tanaaz Bhatia, Founder and Managing director Bottomline Media shares,’’The response that we received for The Vamps last visit made us more confident to bring them back to India. The fans here have always welcomed the band with all their hearts and we expect the same this time.’’

The young band have picked up over 2 billion streams globally and have 8.4 million monthly listeners and 1.7 million followers on Spotify. They are also one of the most watched artists on YouTube, with over 600 million video views. Their most recent album Night & Day (Night Edition) not only scored the top spot in the UK, it also stormed into the Top 10 on iTunes in over 20 countries including Argentina, Philippines, India and Australia. As well as their phenomenal record sales, they also have a huge live following. The Vamps have done 4 European arena tours and have sold out the O2 Arena multiple times. Their most recent tour saw them sell over 100,000 tickets. They are also a force to be reckoned with on social media, with over 6 million likes on their Facebook, over 4.2 million followers on Twitter, 2.3 million followers on Instagram.

The Vamps have recently released their highly anticipated new album Night & Day (Day Edition), via Virgin EMI UK. It knocked Drake’s Scorpion off the top of the Official Charts in the midweeks, and finished at No.2. The album features 10 new songs, including past single Personal with Maggie Lindemann and Too Good To Be True with Danny Avila and Machine Gun Kelly. It also includes 8 bonus tracks from the Night Edition including the global smash hit All Night, which has had over 343 million streams on Spotify. The CD and iTunes version of Night & Day (Day Edition) comes with a free concert DVD / download. 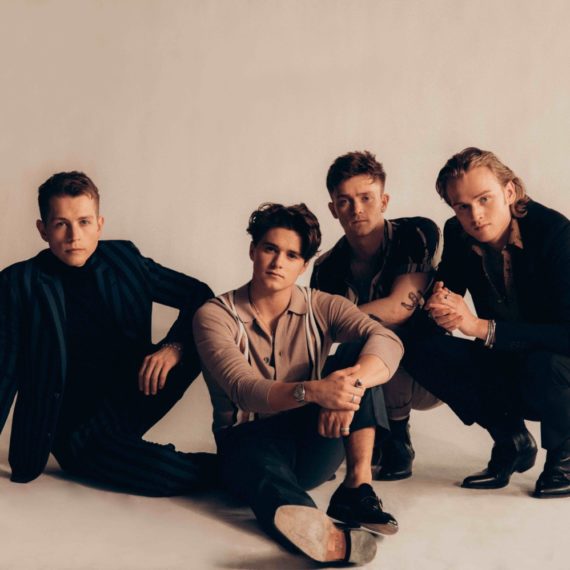 The British four-piece recently released their latest single, Just My Type taken from Night & Day (Day Edition), alongside the brilliant accompanying video. It was filmed in Morocco and directed by the extremely talented Declan Whitebloom, who has previously worked with Taylor Swift, Rita Ora and Jess Glynne. The video, which has already surpassed a whopping 10 million views on YouTube.

Important to get costumes in the films right: Stefy Gupta

The one and only female producer from Nagaland Rebecca Chankija to attend Expandables Awards today at Juhu, Mumbai