Skip to content
You are here
Home > Featured > Tulsi Kumar and Mohammed Irfan come together for an intense love track on T-series MixTape Season 2, powered by Amazon Prime! 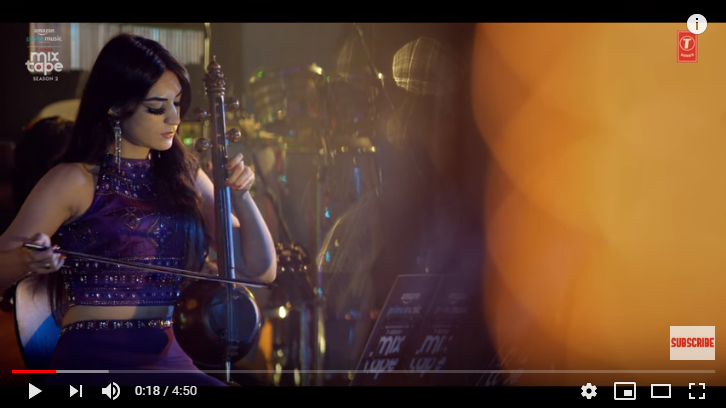 Trust T-series MixTape Season 2 to provide some different music across all genres. After churning out feel-good songs, love songs, soulful renditions and party numbers, the current MixTape will blow your mind. Tulsi Kumar and Mohammed Irfan come together for an intense heartbreak song in this episode of T-series MixTape Season 2, powered by Amazon Prime. Produced by Bhushan Kumar, the duo will be performing on the songs, ‘Dil De Diya Hai’ from the movie Masti and ‘Kabhi Jo Baadal Barse’ from the movie Jackpot.

These songs individually require no further introduction as they have broken all records and are still often heard on loop. As the artists do full justice to this passionate track, there are different instruments used to give it the real feel. Besides the drums, base guitar, electric acoustic keys and the piano, the Saaz and an Armenian instrument – Qamancha and were also used. The song is now available exclusively on Amazon Prime Music for Prime members to enjoy, giving listeners an ad-free, voice enabled listening experience

Tulsi Kumar who crooned a romantic ballad previously this season, talks about her second performance saying, “This track is a beautiful and soulful rendition of two of my favourite songs ‘Dil De Diya Hai’ and ‘Kabhi Jo Baadal Barse’ alongside Mohammed Irfan. The music production is very grand in this song and beautifully arranged by the music director Abhijit Vaghani. This song will take you back to the 90s vibe when it comes to various sections of music that you will be hearing. It has a nice old school charm to it.”

Mohammed Irfan who was the opening batsman of T-series MixTape Season 1 is happy to be back for the second season and happily shares, “I had performed along with Neha Kakkar in the first season and people gave it a lot of love. This time around I am collaborating with Tulsi Kumar for two great tracks and I hope people enjoy this too. I had never imagined a mashup of these two songs. The track is slow and I personally enjoy such tracks which are intense and have a feel to it.”

Talking about MixTape and music picking up on digital platforms, he further shares, “It is a good space as everything has become quick and rapid. You don’t need to wait long enough to know people’s reaction. You upload something on the digital platform and through the comments you already know if people are appreciating it or not. It’s a good thing. Looking forward to the audience reaction to this song too.”

Music Director Abhijit Vaghani further shares his thoughts on this track saying, “This was quite an intense track. We have used an Armenian instrument called the Qamancha. We have also used the middle eastern instrument called the Saaz. Its turned out beautiful and is more of a heartbreak song. There is a load of strings and guitar used to give it the feel. Kabhi Jo Baadal Barse is a very powerful song so in order to compliment that I had to give it the right percussions. We have made it big. The original track is more in a commercial love format while our treatment is a total contrast in terms of intensity of music.”

Catch the 12th episode today in the voices Tulsi Kumar and Mohammed Irfan only on T-Series Youtube Channel, directed by Ahmed Khan and conceptualized and developed by Shivam Chanana and Sonal Chawla. Also, listen to the song on Amazon Prime Music ad free for a voice enabled listening experience.

Shalmali’s cover of Ghungroo gets Vishal Dadlani to groove along

Makers of Manikarnika asked Kangana to take over: when producers saw the rough cut they were upset with krish’