Skip to content
You are here
Home > Featured > The talented singer Shilpa Rao comes out with a Jazz version of the Kalank title track! 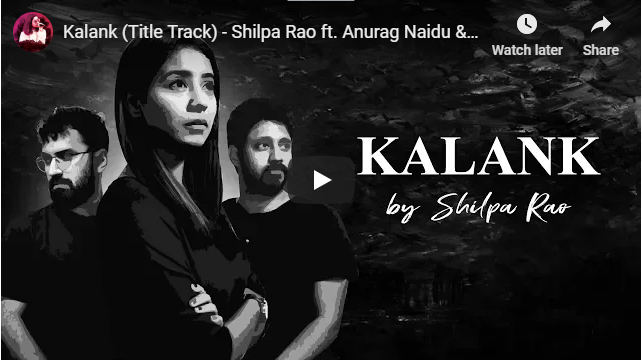 Singer Shilpa Rao, who has come a long way in her career with her soulful voice that made a huge impact on music aficionados across boundaries. Known for ever-green songs like, Khuda Jane from Bachna Ae Haseeno, Malang Malang, Aaj Jane ki zid na karo, amongst others, Shilpa Rao has proven her mettle in Sufi to upbeat to romantic numbers.

Shilpa Rao, recently has been winning hearts with her song ‘Kalank’s title track composed by Pritam and lyrics by Amitabh Bhattacharya. Shilpa’s voice depicts true emotions and sets the right feel for the song. Offering something new to her audience, she has taken the opportunity to create a new musical Jazz version of Kalank Title track. This studio version has been sung by Shilpa Rao along with her brother Anurag Rao on the keys.

Sharing her thoughts, Shilpa Rao adds ,” It was an honour being a part of the original album with Pritam and Amitabh. The audiences have shown so much love and keep sending their covers of Kalank, so here a return gift for all my fans out there, a chill version that my brother and I jammed on. I’m hoping the fans will enjoy this version.’

The Jazz version of the title track of Kalank