When heartbeats, love blooms! Director Raajeev Walia, who earlier helmed Tera Intezaar & many award-winning documentaries and ad films are back with one of its own kind romantic film titled Dhadke Dil Baar Baar. The makers have unveiled the first poster and it looks intriguing.

Elated director Raajeev Walia says, “Dhadke Dil Baar Baar is a love story straight from the heart. I have been waiting to explore the romance genre on screen in a different way. We are thrilled to launch the poster today.” 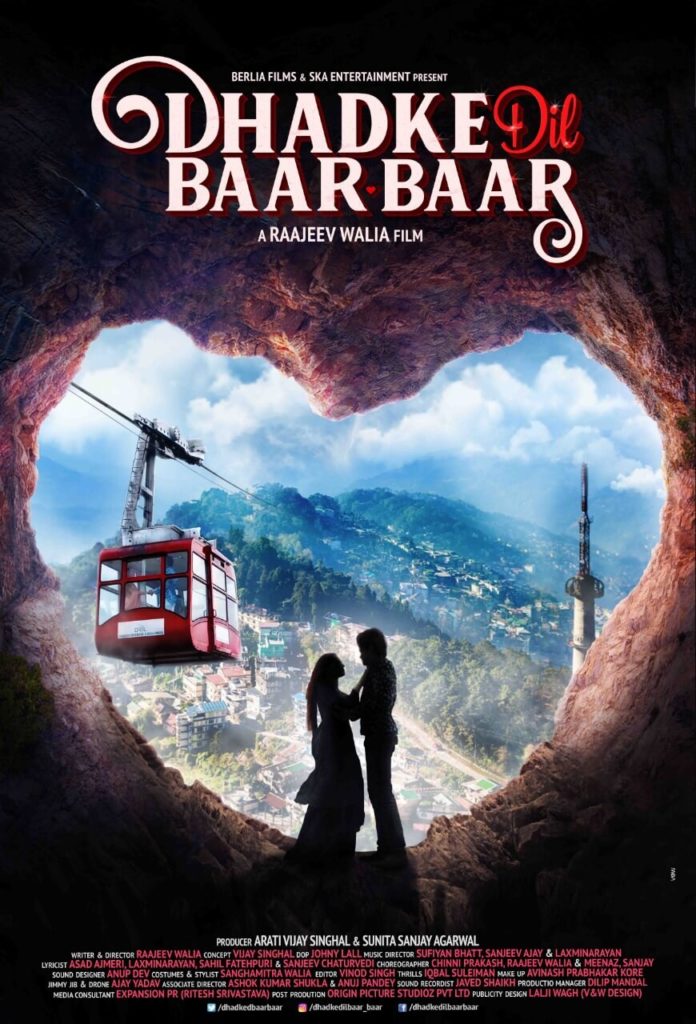 Produced by Aarti Vijay Singhal and Sunita Sanjay Agarwal. It is a joint production venture of Berlia Films and SKA Entertainment. Music is composed by Sufiyan Bhatt, Sanjeev Ajay and Laxminarayan and the songs are penned by Asad Ajmeri, Sanjeev Chaturvedi, Laxminarayan & Sahil Fatehpuri.

The shoot of the film is completed and it is set to release soon!

From squats to lunges, Karan Aanand shows how to stay fit at home during lockdown.

Why Digangana didn’t vote for 2019 elections?