Skip to content
You are here
Home > Featured > The India Pavilion organized by the Ministry of Information and Broadcasting along with FICCI has been a tremendous success at the Cannes Film Festival this year!

The India Pavilion that has become a hub for Indian filmmakers and filmmakers across the world interested in Indian content, was visited by more than 500 people along with some eminent personalities making their presence felt.

The focus this year was the 50th edition of International Film Festival of India that is held in Goa every year, the Film Facilitation Office that facilitates Single Window Clearance and the steps taken by the Indian government to combat piracy. 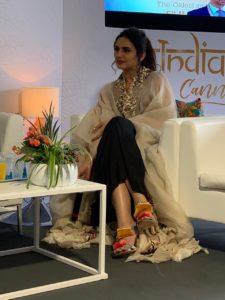 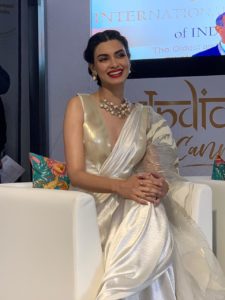 There were some fruitful meetings between the Indian delegates and the dignitaries from Israel, France, Germany, Brazil, New Zealand, Philippines, Austria, Norway, Sweden, Taiwan and Canada that took place at the pavilion where they discussed possibilities of further collaborations with India.

The good news is that co-productions, shootings of international films in India and shooting of Indian films in other countries are increasing at a rapid space, putting India on a global map as an impressive, globally attractive source for content collaborations. 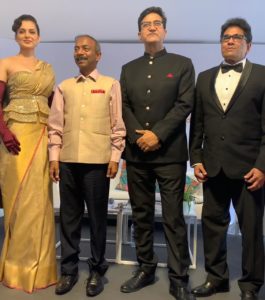 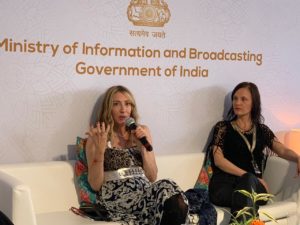 Many dignitaries also mentioned about their visit to the content market at FICCI FRAMES and showed their eagerness to visit FICCI FRAMES in 2020 as well.

Many filmmakers found their partners for co-productions and collaborations at the India Pavilion.

A Kannada film ‘David’ struck a deal with a Los Angeles based USA distribution company that acquired the world rights of the film for 2 million US Dollars after a screening at Cannes.

The team of the film thanked FICCI and the Ministry of I & B for giving them a platform that gave them an opportunity to showcase their trailer and help them meet possible collaborators.

Seasoned actors Boloram Das and Urmilaa Mahanta are coming together for a play called Miss Julie.

From being a production runner to playing Sexa, Varun Sharma’s story of breakthrough in Bollywood is one of the most inspirational ever

Disha Patani is raising temperature with her latest photo