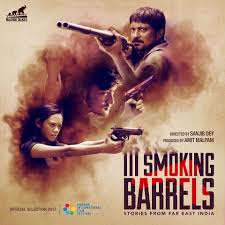 The makers of India’s first truly multilingual film and one of the biggest films from the Northeast, ‘III Smoking Barrels’, released the trailer today. The film which comprises of six languages including Hindi and English has been shot across the Northeast as well as three international borders at some of the most breathtakingly beautiful locales. Focusing mainly on human relationships, the film seamlessly blends the different languages to enhance the storytelling in a very entertaining way, thus offering a vividly emotional experience like never before.

The film will release in theatres on 21st September 2018.

‘III Smoking Barrels’ highlights some of the biggest issues that the Northeast faces. It is the first time where the whole of India’s northeast comes together in a single film. Bearing resemblance to the successful Hollywood film ‘Babel’ in its use of languages, ‘III Smoking Barrels’ is a thrill ride consisting of riveting scenes involving elephants and an immersive jungle experience. The film also has a pulsating narrative that uses many interesting elements to keep the youth hooked.

It weaves together three of the biggest challenges that people of the Northeast face – children caught in arm conflicts, drug abuse and animal poaching. The lead star cast features an ensemble cast of Indraneil Sengupta, Subrat Dutta, Shiny Gogoi, Siddharth Boro, Mandakini Goswami and Amrita Chattopadhyay among others. ‘III Smoking Barrels’ is written and directed by debutant director Sanjib Dey who has been nominated for the Grand Newcomer Award at the 66th International Film Festival Mannheim-Heidelberg, Germany in 2017.

Award winning writer and director of the film Sanjib Dey who has assisted prominent filmmakers like Govind Nihalani, Habib Faisal, R. Sarath, Sekhar Ghosh and Australian director Sean Lynch for an international TV show says, “It’s a big moment for our entire cast and crew as we finally launch the trailer of our film ‘III Smoking Barrels’. This film has been really very close to our heart for more reasons than one. The film was filmed over a period of two years set in various politically sensitive locations in Northeast India. There were innumerable hurdles like deaths, accidents, lack of infrastructures and threats but the most difficult hurdle was finding a bunch of fresh actors for various challenging roles. The film speaks about the whole of the Northeast representing the special region which is a warehouse of 8 provinces, more than 200 dialects, huge ethnic diversities, rich natural resources and yet encompassed with many conflicts and hard hitting issues.” 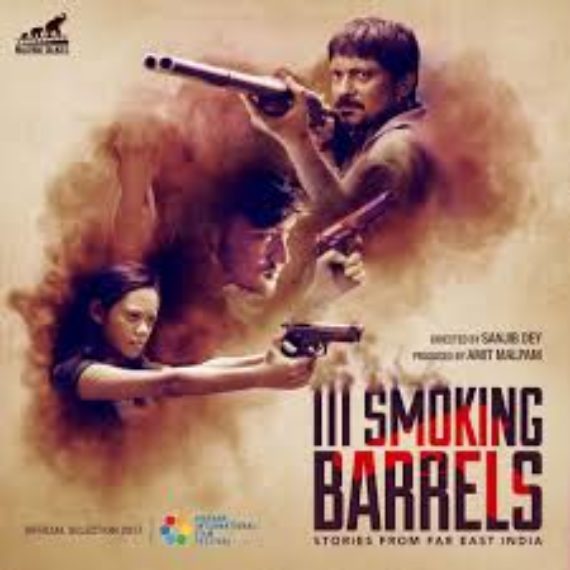 ‘III Smoking Barrels’ beautifully intertwines three issues that beset the Northeast India, namely, children caught in conflicts, drug addiction and abuse which is a big threat to Indian youth and animal poaching and the necessity of wild life conservation with each of them exploring a different stage of human life.
The film also boasts of some of the most noteworthy names from the film industry who have worked tirelessly on this film. Prominent Bollywood singer Papon known for his work in numerous Bollywood films has provided his vocals for two songs in the film. Multiple award winning music composer and choir conductor from Rome, Michele Josia mainly known for his work in both Italian and American films and National Award winning music composer Anurag Saikia have provided the original score for the film.