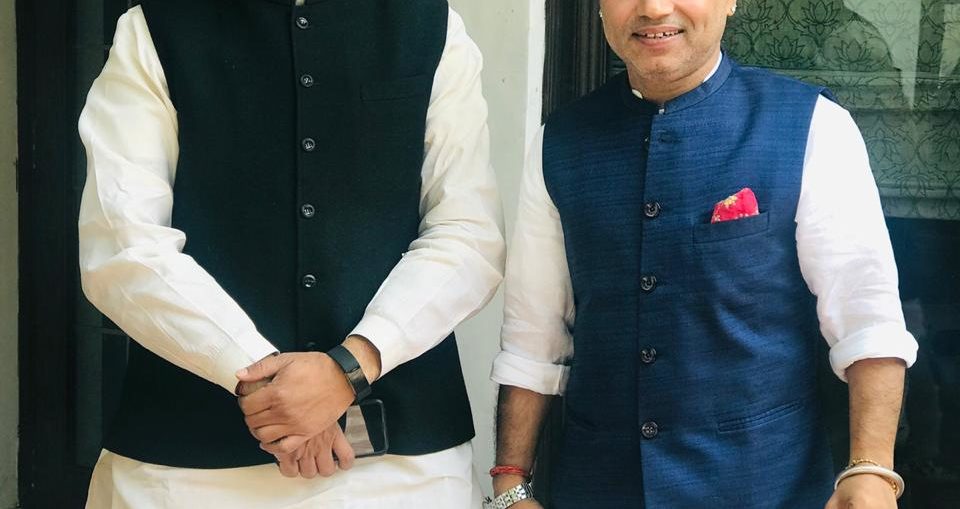 After the success of Swachchh Bharat Anthem on a large scale, Kailash Kher has written, composed and sung yet another powerful Ujjawala Anthem, called ‘Ujjawala Bharat Ujjawala’ is launched today at Talkatora Stadium, Delhi by the Union Minister of Petroleum and Natural Gas of India Dharmendra Pradhan. Following a live concert by Kailash Kher and his band kailasa in aid to reach out to all the people both Rural and Urban making them aware of this wonderful project called Ujjawala.

Ujjwala Project is one of the life changing programme of Prime ministers vision and one of the most effective for the women of this country specially in the interior Bharat, after Swachchh Bharat.

Ujjwala Anthem’s response is so warm from all walks of people as it’s an anthem of the glory of our nation. Through the success of this programme the real change of betterment in most household and women is reflecting in every beneficiary’s face home, real example of empowering the real strengths of our nation. Women of the nation are blessing this government and many countries are taking this as case study.

Released 'Ujjwala Saga: Unending Happiness' a compilation of the experiences of our DNOs in the implementation of @PMUjjwalaYojana. Also launched the ‘Ujjwala Anthem’ penned & sung by Sh. @Kailashkher pic.twitter.com/kEnNtMlpHB

“Ujjwala Bharat Ujjwala is not just another song but a reflection of transforming Bharat. Our nation is experiencing evolution from one level to a higher one specially focusing the interior Bharat. It is a celebration of the glory and achievement by the Pradhan Mantri Ujjawala Yojana Programme,” says Kailash Kher

“I lived every moment of creating this historical song Ujjwala Bharat Ujjwala anthem as I come from a humble background and can relate the relief of comfort and process of evolution,” Kailash adds.

Pradhan Mantri Ujjawala Yojana (PMUY) is amongst the flagship programs of our government in reaching out to all the rural lands interior and to the most exterior in helping out with the struggling ways of life. A light in their life, with burdens of struggle lifted up.