Skip to content
You are here
Home > Featured > Second poster of Marrne Bhi Do Yaaron featuring Krushna and debutant Rishaab Chauhaan promises a laugh riot, trailer out on Sep 29

Few days ago, the makers of Marrne Bhi Do Yaaron launched the first poster of the film which went viral, and now the makers have unveiled the second quirky poster featuring Krushna and debutant Rishaab Chauhaan where we see the two flying on the carpet.

While the fun element is at its peak, the second poster also announces the date of the trailer which will be out on September 29th, 2019!

With this film, actress Kashmera Shah marks her directorial debut too. Marrne Bhi Do Yaaron stars Krushna, Kashmera Shah and introduces a new face, Rishaab Chauhaan in the lead role along with Kiran Kumar, Rajesh Puri and Kishwer Merchant. 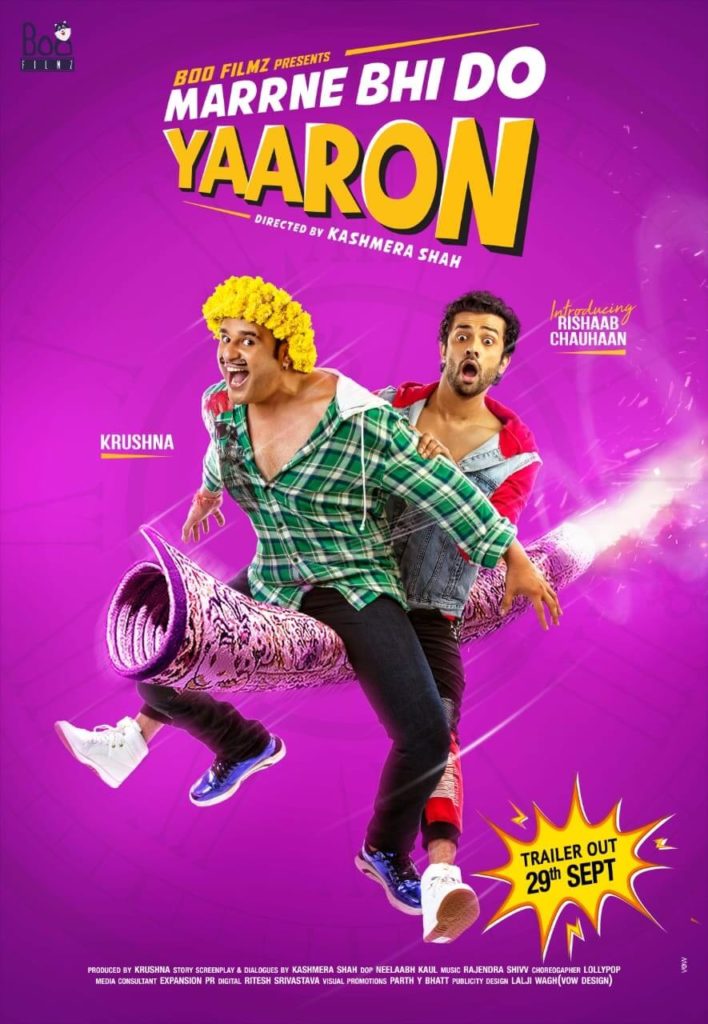 Excited debutante director Kashmera Shah says, “Krushna can rarely make me laugh, in fact I am the funnier person at home but I was in splits during the poster shoot. Both Krushna and Rishaab were making such funny faces that I became like a six year old laughing uncontrollably.”

Choreography is done by Lollypop and the film is shot by cinematographer Neelaabh Kaul. Produced by Krushna, presented by Boo Filmz, Marrne Bhi Do Yaaron is slated for winter 2019 release.

Pakistan ban is not the focus, Pakistan destruction is : Kangana Ranaut on Pulwama Attack!

“Pranaam” to the Classical era of Indian cinema