Royal Stag Barrel Select Large Short Films, the ultimate destination for perfect short films today premiered four thought-provoking short films at the 21st edition of the JIO Mami Film Festival. The platform is also the Short Film Category partner with the festival for the fourth year in a row.

Royal Stag Barrel Select Large Short Films showcased four powerful and perfect short films – ‘Sepia’ directed by Archie Kumar, ‘Siblings’ by Sheetal Menon, ‘Nawab’ directed by Mansi Jain and ‘Adheen’ directed by Yash Verma, featuring Anupriya Goenka in the lead role. Furthermore, the premiere also featured a panel discussion with the cast and crew of these films, who shared their ‘art of storytelling’ and how films can have a lasting impression on the minds of creators & audience. 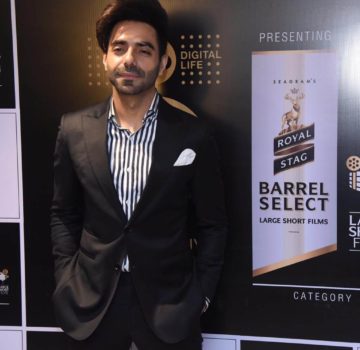 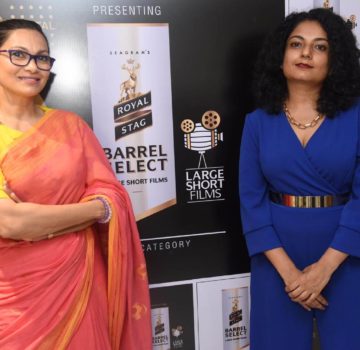 Speaking on the association, Mr. Kartik Mohindra, Chief Marketing Officer, Pernod Ricard India, said, “The short film industry in India is witnessing exciting times and growing dramatically as viewer habits evolve. Our platform Royal Stag Barrel Select Large Short Films has been at the forefront of driving this change. By creating content across genres, which is original, powerful and perfect, the platform has carved a niche for itself. As this genre grows, our endeavor will be to continue to bring these powerful stories and their creators to the forefront. MAMI has been an important and prestigious event for cinema lovers for over two decades and we are proud to partner with them for the 4th consecutive year as the short film category partner.”

Royal Stag Barrel Select Large Short Films’ association with Jio Mumbai Film Festival for the past three seasons has seen incredible success. In its 4th year, the platform will continue to celebrate and magnify the spirit of storytelling and movie making through the short films category.

Royal Stag Barrel Select Large Short Films over the years has introduced and supported short films & talent in India. Movies like juice, Rogan Josh, and Laddoo – among others, that have been premiered at the festival have all gone either to win awards or have had a special mention at the prestigious National Awards.

More about the 4 perfect and powerful films:

‘Sepia’ directed by Archit Kumar starring Aparshakti Khurana is a beautiful story of a couple who is about to get married and have shifted to Mumbai and are all set to pursue their dream career and life. While the boy is a struggling actor who aims to become a superstar, the girl is a conscientious journalist who runs a digital magazine for women empowerment. The story highlights modern-day acceptance of love between these two simple souls burdened by their own shadows of rationalities.

‘Siblings’produced by Bejoy Nambiar starring Sheetal Menon and Shivani Tanksale is a perfect short about a relationship between two siblings – Diya and Nidhi whose life revolves around taking turns to take care of their comatose father and their grandmother. The films unfold the sacrifice required in maintaining the lifestyle of their father at home which proves to be an expensive proposition. The financial stress pushes sisters to take a hard decision which can change their lives forever.

‘Nawab’by Mansi Jain stars actors like Aparshakti Khurana, Mallika Dua and Maria Goretti in an unconventional role. Nawab is a tale of a relationship between a man and a dog where he goes through a series of attempts to get rid of the dog who is a result of his broken marriage. The story perfectly relates to the aftermath of a broken relationship and makes us think that the things we loved and valued once turn into a liability, whom we wish to brush off our shoulders quickly.

‘Adheen’ by Yash Verma is a story of a dysfunctional family where kids avoid to meet their mother. Starring Sanjay Mishra and Anupriya Goenka in the lead roles, the short film is a story of a househusband – Rajendra, his son & daughter Vir & Meera, who reunite to see their terminally ill mother on the invitation of their father. The story unfolds to the point where Rajendra takes a stand for the first time in his life and leaves his kids with a life-altering decision.

Ishq Tanha, a heart-break song catches on with the listeners