Skip to content
You are here
Home > Featured > Preetisheel Singh transforms Madhuri Dixit for double role of mother and daughter!

Powerhouse performer Madhuri Dixit has experimented with loads of looks and characters in her movies. But what she has recently done for a commercial, seems to have outdone many-a-looks she has been seen in earlier. 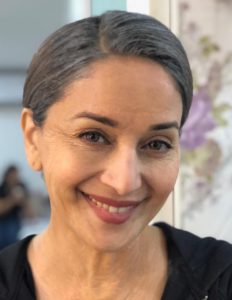 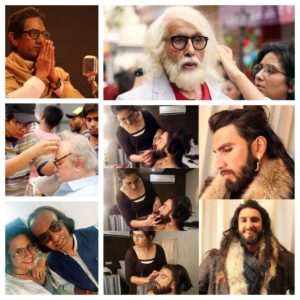 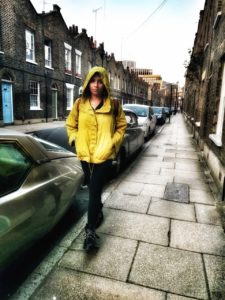 Madhuri has played a double role in a new advertisement for Aquaguard water purifier, where she essays the characters of both, mother and daughter. That’s not the only highlight of it. What Madhuri stuns with, is the aged getup. The finesse with which it is curated, and the effortlessness and versatility with which Madhuri has carried it out, is seen to be believed.

The double role transformation for the diva has been executed by none other than India’s most popular look designer, Preetisheel Singh. Yes, the same makeup, hair and prosthetic expert, who has given us the stunning looks of many-an-artist in movies such as Padmaavat, Bajirao Mastani, Mom, 102 Not Out, Mulk, Thackeray and Andhadhun. As for this one — it just raises the bar.

For the record, Madhuri had earlier received accolades for playing mother and daughter with excellence in the 1992 K.Vishwanath film Sangeet, as well as the 1993 Mehul Kumar film Aasoo Bane Angaarey.

Raag Desh is creating history with its premier at Rastrapati Bhavan

“Education has never been a barrier to me in my profession” – Dr. Aditi Govitrikar