The first female superstar of Bhojpuri film industry, Pakkhi Hegde has done more than 60 Bhojpuri films including Ganga Devi with Amitabh Bachchan. The actress par excellence has now turned entrepreneur and launched her own record label in partnership with Financial Consultant & Producer Viral Motani. The label is called ‘Beyond Music’ and it will provide a global platform to new talents. 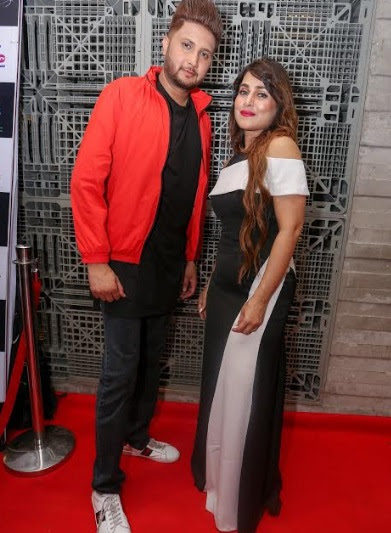 As a pilot project, artist Stebin Ben was launched with the recreated version of the iconic song ‘Mera Dil Bhi Kitna Pagal Hai’ from movie Saajan. The song crossed a million views on YouTube in no time and Stebin became a star. Having a huge fan base on his social media, Stebin has now performed more than a thousand shows all across the globe. With Stebin’s success, Pakkhi Hegde and Viral Motani decided to make it official and announced the launch of ‘Beyond Music’. 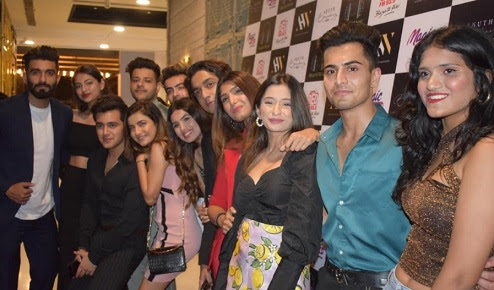 To start with, the record label has taken ten talents under its umbrella. These are Shruti Prakash, Paulami Mazumdar, Amrita Sinha, Hardik Tailor, Madhur Sharma, Smit Mehta, Arsh Mohammed, Ashmik Patil, Gaurav Meena, and Mehraj Kazi. All of these ten people have their individual identities in their respective fields but were not able to explore and work on their common passion which is music.

Shruti Prakash is an actress who portrayed the parallel lead role in the long-running soap opera Saath Nibhaana Saathiya on Star Plus. She was also a contestant in the fifth season of Bigg Boss Kannada and has also done Kannada movies such as ‘Londonalli Lambodara’ and ‘Rangamandira’. Arsh Mohammed has been a top contestant at Indian Idol and Saregamapa. He also has ‘The Voice of Mumbai’ title to his credits. Paulami Mazumdar is a winner of Dada Saheb Phalke Award and is currently working in web series on Netflix and Amazon Prime.

Madhur Sharma loved and known for his live unplugged nights and has rocked on the cover of ‘Kaise Hua’ from the movie ‘Kabir Singh’ this year. All these artistes have flavors of renowned singers across the board and can fulfill fan’s desire to listen to their favorite Pakistan singers. While the voice of Arsh Mohammed resembles Rahat Fateh Ali Khan, Shruti Prakash sounds like Momina Mustehsan.

Pakkhi Hegde along with Viral Motani will now personally mentor these artists and give them the best possible exposure to showcase their talent. These ten artists were introduced to the world at a grand event in Mumbai recently in which they performed for the live audience. All renditions left listeners amazed and gave them huge rounds of applause. Everyone was left with their hearts wanting for more.

Also joining Pakkhi Hegde for the musical extravaganza were her friends and co-actors from Bhojpuri cinema, Dinesh Lal Yadav Nirahua, Amrapali Dubey, Pradeep Pandey Chintu and Telugu actress Esha Shetty. Stebin Ben, who is known as India’s Atif Aslam, was also present at the occasion who celebrated the release of his latest single ‘Sajda Karu’ that features Sanjeeda Sheikh and Aamir Ali with the houseful crowd with a cake cutting session.

Sharing his excitement, Stebin Ben said, “I would like to congratulate Pakkhi ji and Viral for this noble venture. They are not just going to give these artists the much-needed support but also going to receive so many blessings from them. I am so fortunate to be a part of Beyond Music.”

Talking at the event, Pakkhi Hegde said, “Our vision is to provide a launchpad for new talent. We feel so proud to see Stebin Ben achieving such popularity. Our dream of creating the next generation of music stars seems to be shaping up. So if you are passionate enough to pursue music, you can always look up to Beyond Music.”

Adds Viral Motani, “This is just the beginning. We are going to take these artistes worldwide and do shows. The best part is that we have a great mix of singers, rappers as well as beatboxers. We will be having a series of shows and there will be Beyond Music Fest in multiple cities across India and abroad. After Mumbai, the next cities lined up include Delhi, Bangalore, Hyderabad, Dubai, and others.”