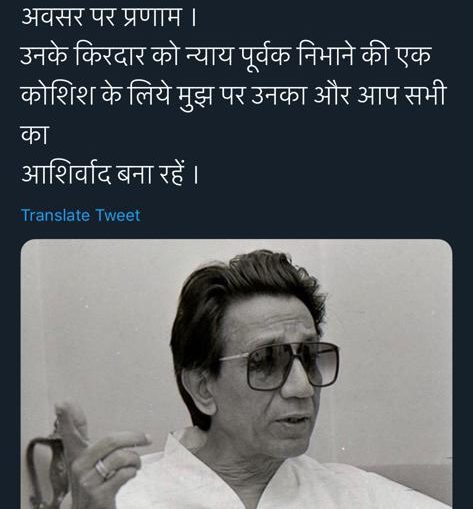 Nawazuddin Siddiqui, who is gearing up for his next autobiographical Thackarey which is based on the life of founder of Indian political party, Shiv Sena, Bal Thackarey rememberers him on his death anniversary today. Popular actor took to his Twitter and seeks blessings from the late leader and fans for his portrayal of the titular role in the film.

Directed by Abhijit Panse, the film is expected to release on the 93rd birth anniversary of Bal Thackarey. Nawazuddin swept away all the attention in the first look of the film and now the fans are eagerly waiting for the film.

It is a lesser known fact that Nawazuddin has done many autobiographical characters on screen till date among which Thackarey is certainly the biggest one. It would be interesting to see him taking the grandness of Bal Thackarey on screen in his biopic.

Trailer of Dhanush’s Hollywood Debut, The Extraordinary Journey of the Fakir, promises a super fun watch which cannot be missed!

This Neon-Athleisure Airport Look Of Sonakshi Sinha Is All The Fashion Inspiration We Need Today!