Skip to content
You are here
Home > BC Exclusive > Nagamese Movie ‘Nani Teri Morni’ Facing Challenges from Govt Official Demoralising the Spirit of the Children Film with Derogatory remarks to Bollywood. 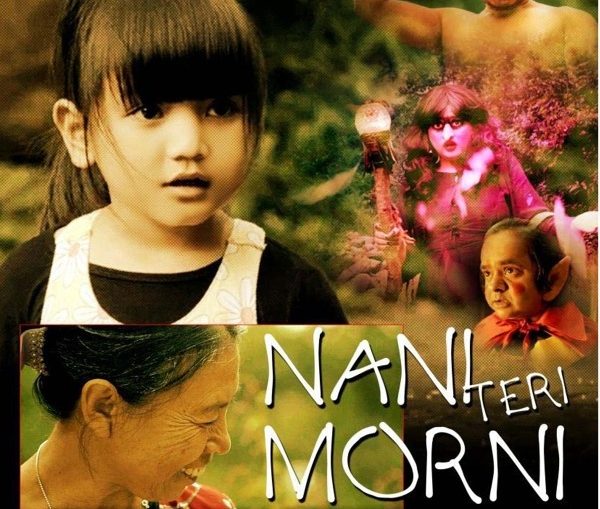 “Nani Teri Morni” is a movie based depiction of the inspirational courage of Mhonbeni Ezung who was the youngest recipient of the National Bravery Awards in 2015. Having obtained approval from the Children’s Film Society, India (CFSI), the film was shot entirely in Nagaland in 2016. Although there were offers from other States including offers of subsidies, the obvious decision was taken to shoot the movie entirely in Nagaland where the story originated. According to Akash Aditya Lama, the director of the movie, the entire crew was initially skeptical about shooting the film in the State. However, due to his persistence, the film was finally shot in various locations in Nagaland. Besides the involvement of Rebecca Changkija Sema of Find Studioz as line producer, the cast also included local Naga actors. No support whatsoever was sought from the government of Nagaland. In fact, the production team paid the concerned department for the use of a drone required during filming. 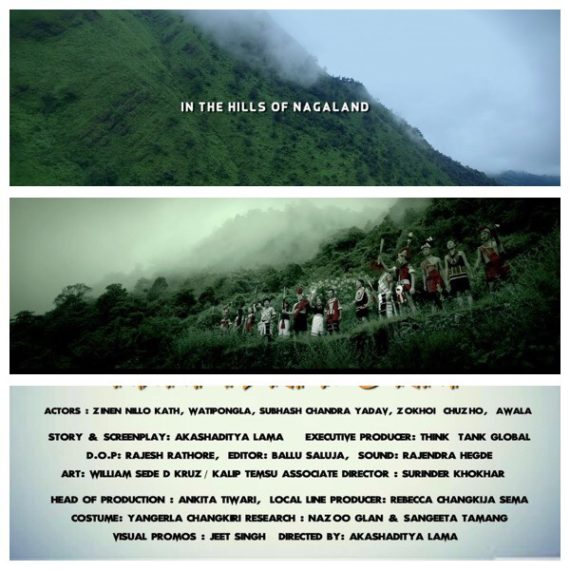 As for the inaugural screening, the obvious decision was also taken to screen the movie in Nagaland in the form of a 5 day Children’s Film Bonanza. This would also serve to honour Mhonbeni Ezung, the little girl whose extraordinary bravery served as an inspiration to the entire Nation. To this end, Rebecca Changkija Sema was entrusted to approach the Nagaland Government with a proposal to hold a collaborative screening. It may be noted that the initiative to screen the film in Nagaland was taken by the production team which suggested the same to the CFSI. The CFSI therefore began communications with the Nagaland Government as early as 30thof August in this regard. Since Sofia Foundation, a local NGO involved in children’s issues, and other individuals like Amenla Jamir had been extending their unstinting support to the Nani Teri Morni project from its very inception, Find Studioz enlisted their help for the proposed screening as well. 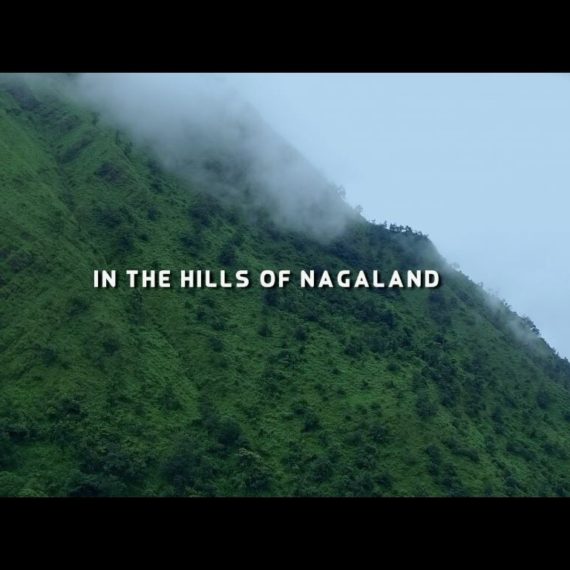 As there was initially no response to the Email dated the 30thof August sent by CFSI, on the 3rdof September, Amenla Jamir personally delivered the hard and soft copies of the said Email to the Chief Minister’s Office and the Advisor, Art and Culture Department. Thereafter, a formal proposal was put up before the Chief Minister’s Office on the 19thof September. Since the team comprising of Rebecca Changkija Sema, members of Sofia Foundation and Amenla Jamir could not get an appointment to meet the Chief Minister, they were advised to meet Mr. Abhishek Singh, Commissioner and Secretary to the Chief Minister of Nagaland, which they did on the same day. The said officer seemed receptive to the proposal and requested the team to submit a revised budget. A further request was made by the Commissioner and Secretary to hold the screening in Kohima as well. It was therefore agreed that the screening would be held for three days in Dimapur and two days at Kohima. Acceding to the request of Mr. Abhishek Singh, the team prepared a revised budget of Rs. 10 lacs. On the 26thof September, Rebecca Changkija Sema also met the Personal Secretary to the Chief Minister. It may also be noted that the CFSI in subsequent Emails had proposed that the bonanza be held on 8thand 9thOctober at Kohima and 10th-12that Dimapur since these dates were suitable for the CEO, CFSI, to attend the events. In response, the Office of the Commissioner and Secretary replied that they were in the process of finalizing the program in a day or two. These communications and the personal interactions with the concerned officials, including the Commissioner and Secretary, were taken as being clearly indicative of the positive response from the Government of Nagaland. 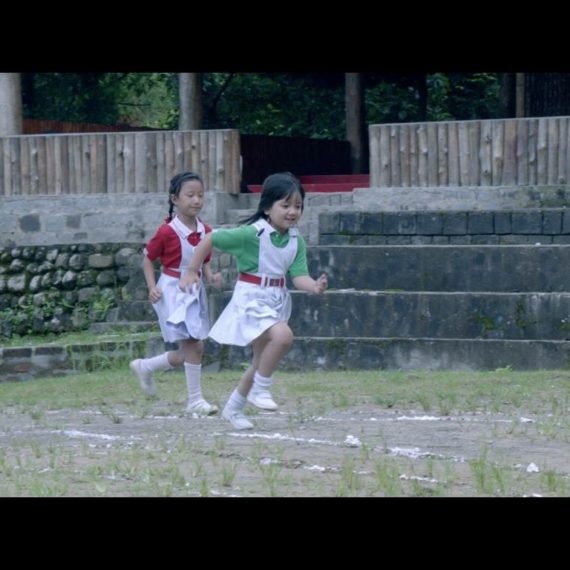 However, on the 28thof September, the team received information that a similar proposal had been put up before the Secretariat. On the 3rdof October, upon receiving copies of the said proposal, it was apparent that the same had been put up by none other than Mr. Abhishek Singh, Commissioner and Secretary to the Chief Minister. Thereafter, Rebecca Changkija Sema received an invitation from Mr. Abhishek Singh to attend a meeting on the 4thof October. A Circular dated Kohima the 4thof October, 2018, was also issued by the Department of Art & Culture with regard to the said meeting where Rebecca Changkija Sema, Find Studioz, and Sophia Foundation were requested to positively attend the meeting. Other departments directed to attend were the departments of School Education, Youth Resources & Sports, Information and Public Relations and Art & Culture.

At the said meeting, the team was met with a totally unexpected turn of events where they were told in no uncertain terms by Mr. Abhishek Singh that the event was to be held at Kohima. Secondly, Mr. Abhishek Singh had issued instructions to the Deputy Commissioners of other districts to hold screenings at their respective district headquarters. Thirdly, no screening was to be held at Dimapur and that the team could organize the program at their own expense. It was also shocking that these decisions, evidently taken unilaterally by Mr. Abhishek Singh, were conveyed with a display of arrogance and unprovoked anger that was totally unbecoming of an officer of his stature. Mr. Abhishek Singh also had the audacity to mock individual members of the team including the film industry as a whole. During this episode, Mr. Abhishek Singh also categorically stated that none of the members of the team had any right to question the Government. To this, we reply that every citizen of this democratic nation has a right to question every member of the Government. This is the cherished and inalienable right of every Indian citizen. It is now apparent that the entire purpose of convening the meeting dated 4thOctober, 2018, was to deliberately belittle and undermine the efforts put in by Rebecca Changkija Sema and members of her team. To this, we also reply that the work and contributions of Rebecca Changkija Sema and other members of the team speak for themselves and are worthy of applause.

Following these events, Akash Aditya Lama, the director of the film, has also personally conveyed his refusal to attend the screening of the film to Mr. Abhishek Singh. In this regard, it may be noted that the sole desire of Akash Aditya Lama was to bring attention to, and showcase the State of Nagaland before a national and international audience. It saddens us that his vision has been entirely scuttled by the narrow mindset of Mr. Abhishek Singh. 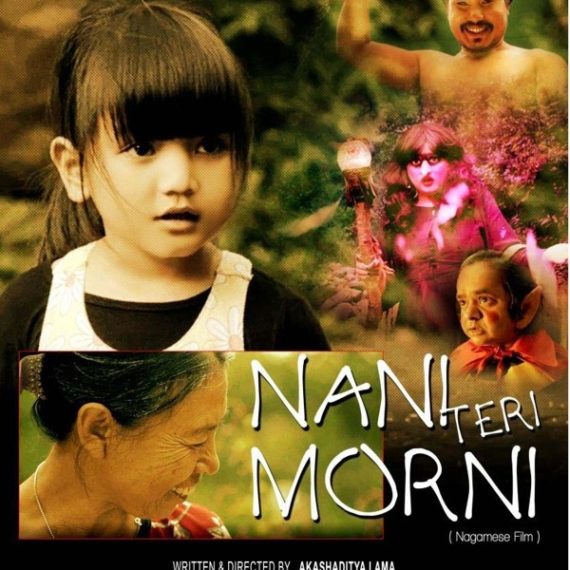 It is in this respect that we wish to express our deepest disappointment that a public servant could choose to abuse his authority in a manner as displayed by Mr. Abhishek Singh. We would like to remind Mr. Abhishek Singh that “Nani Teri Morni” was a labour of love first conceptualized by Akash Aditya Lama and Rebecca Changkija Sema who were inspired by the heroic courage of Mhonbeni Ezung, herself a daughter of the State of Nagaland. Mr. Abhishek Singh is also to be reminded that it was at the insistence of Akash Aditya Lama that the film was shot in Nagaland thereby providing a cinematic bridge between the State of Nagaland and the rest of the Nation. Thereafter, the decision to hold the inaugural screening in Nagaland with the collaboration of the State Government was taken by production team and accordingly conveyed to the CFSI. As such, there can be no gainsaying the fact that the entire project from its genesis has been carried forward with the support and encouragement of institutions such as the CFSI under the chairmanship of Mr. Mukesh Khanna and individuals like Amenla Jamir and members of the Sofia Foundation. He is also to be reminded that “Nani Teri Morni” underscores the message of basic humanity and dignity – qualities expected from all despite their stature in life. Although their invaluable contributions have been mocked and belittled by Mr. Abhishek Singh, we conclude by expressing our deepest gratitude for the selfless sacrifices made by Amenla Jamir and members of the Sofia Foundation.

Divya Dutta steals the show at the Reel movie awards!

Ajith to do a Hindi film with Boney Kapoor?